Powell may signal future rate cuts, but would they matter?

WASHINGTON (AP) — The economy is slowing, the trade war is raging and the president is repeatedly attacking. Under the…
Listen now to WTOP News WTOP.com | Alexa | Google Home | WTOP App | 103.5 FM

WASHINGTON (AP) — The economy is slowing, the trade war is raging and the president is repeatedly attacking.

Under the glare of a spotlight, Chairman Jerome Powell may signal Friday what the Federal Reserve will do — or can do — to strengthen the economy and restore confidence at a time of nagging uncertainties and global weaknesses.

Powell will give the keynote speech to an annual gathering of global central bankers in Jackson Hole, Wyoming. It comes at a time of concern that the risk of a recession over the next year or two is rising, in part because of Trump’s aggressive use of tariffs against China and other key trading partners. The financial markets will be hoping for a clear sign of forthcoming Fed interest rate cuts.

Investors have already baked in the expectation that the Fed will cut its benchmark short-term rate next month for the second time this year. The intent would be to encourage borrowing and spending by consumers and businesses.

The big question, though, is this: Would a Fed rate cut — or even multiple rate cuts over the next several months — really matter? Borrowing rates are already historically low. Few analysts think that reducing them a bit further would do much to revive the economy’s areas of weakness — from sluggish factories to a tepid housing market to anxious consumers to uncertainty among companies about how to respond to Trump’s mercurial trade policies.

On top of all that, the global economy may be edging toward recession, and some economists fear an eventual spillover into the United States. Even though the Fed might not be equipped to energize U.S. growth at this point, most economists see few alternative solutions at a time when Congress seems disinclined to take any action.

At its meeting last month, the Fed cut its key rate by a modest quarter-point for the first time in a decade to try to counter Trump’s trade wars, chronically low inflation and global weakness. It left open the possibility of future rate cuts, though perhaps not as many as Wall Street had hoped for. At a news conference, Powell characterized the move as a “mid-course correction” and struggled to articulate the Fed’s strategy and what might prompt future rate cuts.

Will Powell offer a clearer message Friday? Few are confident that he will, in part because the chairman lacks unanimity within the Fed’s policymaking committee that rate cuts are needed now. Last month, two committee members dissented from the decision to cut rates.

“I am expecting he will cautiously hint at another quarter point cut, but he doesn’t have everyone on board,” said Diane Swonk, chief economist at the accounting firm Grant Thornton.

Mark Zandi, chief economist at Moody’s Analytics, suggested that if Powell were to signal the likelihood of multiple rate cuts, he might actually weaken consumer and business confidence because fears could spread that the economy could be on the brink of recession.

“But at this point, I think he will want to err on the side of arguing that more rate cuts seem likely, just because the economy is slowing, and he doesn’t want to tip the economy over into a recession,” Zandi said.

The CME Group, which tracks investor bets on central bank policy, is projecting a strong likelihood that the Fed will cut rates by a quarter-point next month and then twice more this year.

Multiple rate cuts are exactly what Trump has demanded of Powell’s Fed, publicly and vociferously, for months. The president has blamed the Fed’s four rate hikes in 2018 as a major reason why the U.S. economy is slowing. This week, Trump told reporters that the Fed should cut rates by at least a full percentage point in coming months.

“If the Fed would do its job, you would see a burst of growth like you have never seen before,” he told reporters Tuesday. And on Wednesday, Trump complained that “if Powell were smart” he would lower rates.

Trump’s incessant criticism of the Powell Fed has raised concern that he will undermine confidence in the central bank’s political independence, which is seen as vital to its role in the economy.

Sung Won Sohn, business economist at Loyola Marymount University in Los Angeles, said he wouldn’t be surprised if Powell offers no hints Friday about further rate cuts, preferring to send a message that the Fed “will not be pushed around by the White House.”

Another reason for Powell to avoid going too far to signal further cuts is that with rates already low, the Fed has to take care not to disarm itself of ammunition it would need if the economy did appear to be sliding into recession.

“It would be almost dangerous for him to signal more rate cuts are coming, given the fact that he has precious little ammunition left,” Sohn said.

The more prudent approach, Sohn suggested, would be for the Fed to hold off on further rate cuts in case the trade war with China worsens, Britain’s planned exit from the European Union goes badly or U.S. economic growth stalls.

“Powell is operating under the belief that the fundamentals of the economy are still in good shape, with unemployment at record lows and consumer spending still strong,” said David Jones, an economist and author of several books on the Fed. “But given the volatility we have seen in financial markets, the Fed needs to be providing insurance policies in the form of further rate cuts.”

Brian Bethune, an economics lecturer at Tufts University, said a key factor weighing on the Fed will be global economic weakness, with China slowing and growth in Germany, Europe’s biggest economy, turning negative.

With other central banks cutting rates and considering other forms of stimulus, Bethune said the Fed needs to be concerned that comparatively high U.S. rates could cause the dollar’s value to rise and thereby hurt American exporters.

“The Fed can’t afford to be complacent,” Bethune said.. “There are too many problems in other parts of the world.” 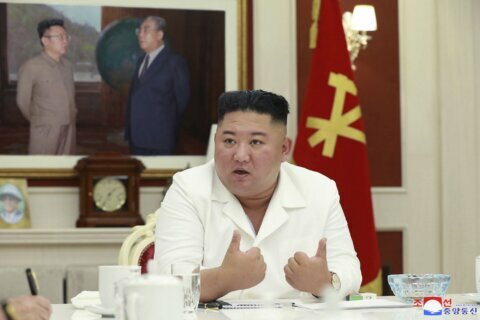 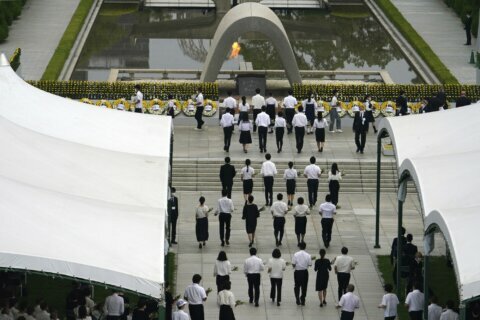