Palaniappan Chidambaram was taken into custody on suspicion of conspiring with a Mauritius-based firm to illegally obtain money for his son’s company while he was India’s finance minister in 2006.

Abhishek Dayal, a spokesman for the Central Bureau of Investigation, confirmed the arrest.

Investigators took Chidambaram from his New Delhi home on Wednesday night and drove him to the Central Bureau of Investigation’s office.

His son Karti Chidambaram has already been named as a defendant in the money-laundering case involving 3 billion rupees ($43 million). Chidambaram denies the allegation and accuses Prime Minister Narendra Modi’s government of pursuing a political vendetta. He suffered a setback as a court Tuesday rejected his bail plea in the case.

Investigators couldn’t find Palaniappan Chidambaram until Wednesday evening as his attorneys tried to get bail for him from the country’s top court. The Supreme Court scheduled his bail plea for a hearing on Friday.

Chidambaram unexpectedly appeared at his party headquarters on Wednesday night and addressed reporters. He asked the prosecutors to wait until Friday for a ruling by the top court. He said he was yet to be formally charged in the case.

The CBI, he claimed, hasn’t imputed any wrongdoing in the criminal case registered against him. “Yet there is a widespread impression that grave offences have been committed” by him and his son), he told reporters.

Teams of investigators soon rushed to the Congress party headquarters and his New Delhi home to arrest him.

Corruption in business deals is rampant in India.

For years, anti-corruption campaigners have said the party in power uses the top investigating agency to cover up wrongdoing and target political opponents.

China reports another 406 cases of new virus and 52 deaths, all of them in hard-hit Hubei province 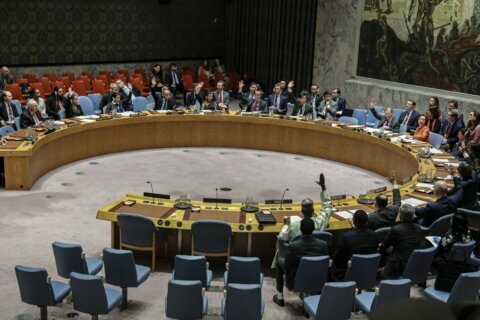