Protests at Hong Kong’s airport on Tuesday caused a second day of travel mayhem at one of the world’s busiest air-transport hubs, further threatening the city’s reputation as a stable place for doing business.

Travelers trying to catch their flights were met with an announcement that check-in was suspended from late afternoon because terminal operations were “seriously disrupted,” causing at least 120 flights to be cancelled.

It’s a sharp contrast to the normal experience at Hong Kong’s sleek and modern airport, where check-in and boarding are usually carried out quickly and efficiently.

Analysts said the disruption could make foreign investors think twice about setting up shop in Hong Kong, which has long prided itself as being Asia’s leading business city with convenient air links for executives traveling across the region.

Hong Kong has long sold itself to the international business community as a window into mainland China and the airport is one of the most visible symbols of its status as a global hub. If the disruption drags on, “that reputation will take a bit of a beating up,” said Andrew Charlton, managing director of Aviation Advocacy, a consultancy.

“It becomes more difficult to think, ‘Well yeah, Hong Kong’s a stable place, I should be doing business or I should be setting up my regional office there.'”

The protests began more than two months ago against a China extradition bill and have expanded into calls for democratic reforms. Hong Kong authorities have denounced the demonstrators as rioters.

Adding to the protesters’ anger, Hong Kong’s Cathay Pacific Airways told employees in a memo that the carrier has a “zero tolerance” for employees joining “illegal protests” and warned disciplinary consequences could include being fired.

A Cathay Pacific pilot was charged with rioting and two ground staff fired for misconduct, the airline said by email Monday. The moves came after the Chinese government warned Cathay Pacific, one of Hong Kong’s best-known international brands, to bar its staff from participating in the protests — an escalation into the territory’s business affairs.

After weeks of neighborhood confrontations with police, the protesters’ decision this week to take their movement to the airport makes a more direct economic impact on business travel and tourism.

Hong Kong officials warned that the chaos risked hurting the city’s reputation as a travel and transport center.

“There is a serious impact on the operation of the airport,” said Hong’ Kong’s second-highest ranking government official, Chief Secretary Matthew Cheung. “We are an international airport hub and it is also the trunk of Hong Kong’s business.”

The International Air Transport Association, an airline industry group, said “the cancellation of flights will be felt in markets well beyond Hong Kong.”

There were already signs business travelers were looking elsewhere.

“Some customers have shown a decline in travel bookings to Hong Kong in June and July, as a number of countries have issued safety advisories urging travelers to exercise caution,” said Julian Walker, a spokesman for travel management platform CWT, formerly known as Carlson Wagonlit.

It was too early to know how the disruption to the airport had affected bookings, he said.

Hong Kong’s international airport was built on land reclaimed from the sea and opened in 1998, replacing an aging airstrip in the middle of the crowded, mountainous city.

The city’s foreign investment promotion agency, InvestHK, boasts that Asia’s key markets are “less than four hours away,” a big selling point for the 8,000 international companies that have set up sales, operations and research and development centers in Hong Kong. More than 100 airlines allow “easy and efficient travel” to 190 locations, the agency says.

The airport was the world’s eighth busiest airport last year, but came second in terms of international passengers, with 75.3 million passing through in 2018, according to preliminary data from Airports Council International.

“The situation in Hong Kong has now become risky in terms of potential consequences, but also threatens the reputation of the city as a safe and stable business hub served by a world class airport,” said Loizos Heracleous, a professor of strategy at Britain’s Warwick University.

DaFene Brown had been due to fly home to Atlanta, Georgia, via Shanghai on Monday night when his flight was cancelled.

His airline rescheduled the flight for Wednesday and Brown said he hoped he had enough money to last until he departs.

“I had not budgeted for this sort of extensive delay and Hong Kong is not a cheap city by any means,” Brown said.

Brown, 26, was also worried that he may not be able to start a new job teaching English in South Korea. His plan was to tie up some loose ends at home before heading to Seoul.

“I am a bit nervous about how long the protests will last and if the airlines will have any more delays,” he said. 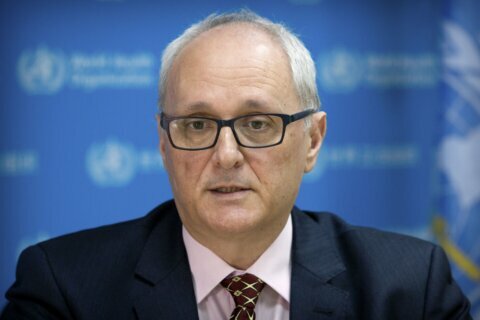 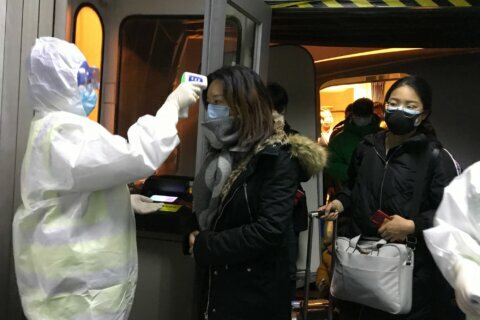