Mass flight cancellations at Hong Kong’s airport disrupted one of the world’s busiest air-transport hubs on Monday, causing chaos for…

Thousands of supporters of the largely leaderless pro-democracy protest movement descended on the terminal in an effort to get the message out to the world about their struggle and the harsh tactics used by police. Many wore eyepatches to show their solidarity with a female protester who reportedly was hit in the eye by a projectile fired by police.

The protests, which have seen both sides adopt increasingly extreme tactics, had until Monday been mostly confined to neighborhoods across the former British colony. But the airport protest, which caused the cancellation of more than 150 flights, was a rare case of the movement having a direct impact on business travel and tourism — mainstays of the Asian business center’s economy.

Analysts said it could make foreign investors think twice about setting up shop in Hong Kong, which has long prided itself as being Asia’s leading business city with convenient air links for executives traveling across the region.

“The level of political risk associated with operating in Hong Kong is unprecedently high and the situation isn’t simply a flash in the pan,” said Hugo Brennan, principal Asia analyst at global risk consultancy Veritas Maplecroft.

“Those investors that haven’t already done so are beginning to question the utility of being based in the territory. Others have already begun the search for more politically stable hubs in the Asia-Pacific,” he said.

Adding to the protesters’ anger, Hong Kong’s Cathay Pacific Airways told employees in a memo that the carrier has a “zero tolerance” for employees joining “illegal protests” and warned disciplinary consequences could include being fired.

A Cathay Pacific pilot was charged with rioting and two ground staff fired for misconduct, the airline said by email Monday. The moves came after the Chinese government warned Cathay Pacific, one of Hong Kong’s best-known international brands, to bar its staff from participating in the protests — an escalation into the territory’s business affairs.

“There is a serious impact on the operation of the airport,” said Hong’ Kong’s second-highest ranking government official, Chief Secretary Matthew Cheung. “We are an international airport hub and it is also the trunk of Hong Kong’s business.”

There were already signs business travelers were looking elsewhere.

“Some customers have shown a decline in travel bookings to Hong Kong in June and July, as a number of countries have issued safety advisories urging travelers to exercise caution,” said Julian Walker, a spokesman for travel management platform CWT, formerly known as Carlson Wagonlit.

It was too early to know how Monday’s shutdown had affected bookings, he said.

Hong Kong’s international airport was built on land reclaimed from the sea and opened in 1998, replacing an aging airstrip in the middle of the crowded, mountainous city.

The city’s foreign investment promotion agency, InvestHK, boasts that Asia’s key markets are “less than four hours away,” a big selling point for the 8,000 international companies that have set up sales, operations and research and development centers in Hong Kong. More than 100 airlines allow “easy and efficient travel” to 190 locations, the agency says.

The airport handled 75.3 million passengers in 2018, making it the world’s second-busiest international airport after Dubai, according to preliminary data from Airports Council International .

“The situation in Hong Kong has now become risky in terms of potential consequences, but also threatens the reputation of the city as a safe and stable business hub served by a world class airport,” said Loizos Heracleous, a professor of strategy at Britain’s Warwick University.

Joydeep Chakravarti, a software engineer whose connecting flight to San Francisco was canceled during a layover in Hong Kong, was on his way back from a weeklong work trip to India.

“I just want to get home,” said Chakravarti, adding that he was reluctant to leave the airport because he wasn’t prepared and had only his carry-on bag with laptop, charger and extra shirt. 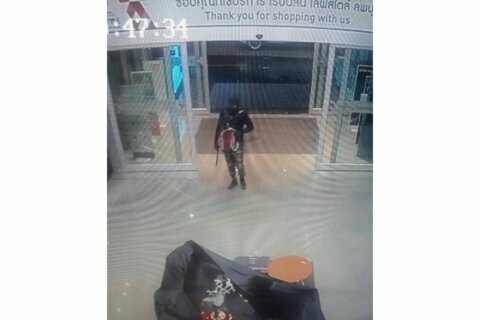 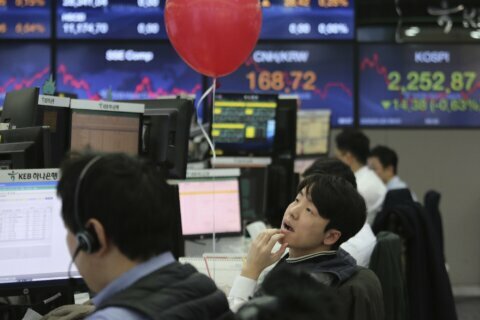