FORT LAUDERDALE, Fla. (AP) — A Chinese woman accused of trespassing at President Donald Trump’s Mar-a-Lago club and lying to Secret Service agents is frustrating the federal judge hearing her case as she ignores his questions and leaves him bewildered with her answers.

The woman, 33-year-old Yujing Zhang, is acting as her own attorney and faces up to six years in prison if convicted at her trial set to start in two weeks. But for the second straight pretrial hearing, U.S. District Judge Roy Altman accused Zhang on Tuesday of feigning ignorance and pleaded with her to work with her public defenders, whom she fired in May without explanation. He also ruled she will be tried by a jury after she refused to respond to a prosecution suggestion that Altman decide whether she is guilty.

“I know full well that you understand what I am saying to you both in English and in Mandarin,” Altman told her, alluding to the translator who whispered to her throughout the 20-minute hearing. “I know full well you are trying to play games with the court.”

Altman scheduled Tuesday’s hearing a week ago after prosecutors made their suggestion for a non-jury trial. Last week’s hearing did not go well, with Altman growing frustrated by Zhang’s lack of cooperation. This time didn’t go any better.

As Zhang awaited her appearance before Altman, she sat shackled in a chair with her head down against the armrest, her eyes closed. At times, she appeared to be asleep.

When Zhang’s turn came, Altman asked her if she wanted a jury trial. After a long pause, she replied through her translator, “Do you think we can reschedule this?”

When Altman said no, she replied, “I don’t want to continue staying in prison,” saying she felt ill.

Altman, frustrated, told her she had to make her decision — jury trial or not?

“I don’t want either,” she replied.

“Sometimes we have hard choices,” Altman replied. “I will make it simple for you. Do you want me to decide your case or not?”

“I don’t want to continue,” she replied. Altman ignored her and ruled she will have a jury trial.

But that led to the next dilemma. At most trials, defendants wear nice clothing instead of jail overalls so jurors won’t be prejudiced by their appearance. Prosecutor Rolando Garcia said the Secret Service will give the clothes found in Zhang’s hotel room to her former public defenders, whom Altman has standing by in case Zhang changes her mind about using them. But Garcia and public defender Robert Adler agreed it is uncertain whether Zhang would agree to wear them. Altman said that would be up to her.

Altman moved on, asking Zhang again to accept Adler and his colleagues as her public defenders. She sat silently.

“Are you just ignoring me, Ms. Zhang?” Altman asked.

After nearly a minute of silence, she said something unintelligible in English. Altman told her to speak through her translator.

“Are you saying I need a lawyer?” she asked in Mandarin.

Zhang then went back in time, answering that she doesn’t want to change her clothes in the jail because it is dirty.

Altman explained why she should wear civilian clothes at trial, but then again tried to persuade her to accept her public defenders.

“If you really do desire to go home, back to China, and get out of jail … the best way to assure that that happens is to have trained and experienced lawyers,” he told her.

“No thank you,” she replied in English. 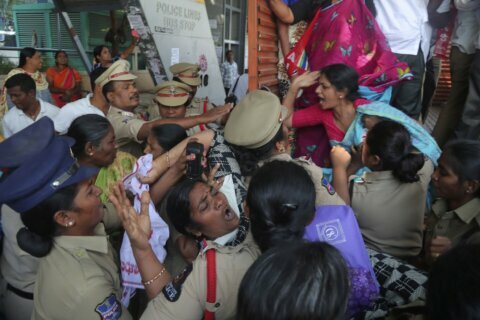 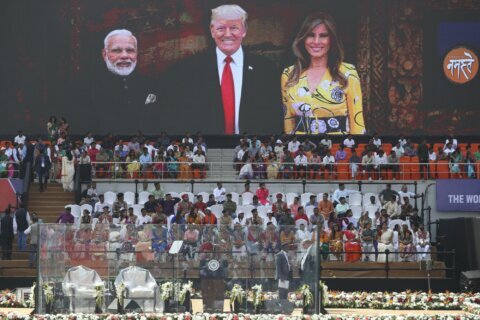