BEIJING (AP) — The foreign ministers of China and Japan met Tuesday amid an unusually lengthy stretch of calm in their countries’ often turbulent relationship.

Beijing has recently pushed for closer relations with Tokyo, after the two were at breaking point a few years ago amid a dispute over East China Sea islands controlled by Japan but claimed by China. Many Chinese remain deeply resentful over what they consider a lack of contrition on the part of Japan over its brutal World War II occupation of much of the country.

Chinese President Xi Jinping and Japanese Prime Minister Shinzo Abe have met repeatedly since ice-breaking talks in 2014, and Beijing apparently sees an opening in current trade frictions between the U.S. and Japan to exploit divisions between Tokyo and Washington.

“The relationship between China and Japan has been comprehensively improved with our joint efforts. This achievement did not come easy and should be treasured by both,” Wang told reporters following the meeting.

On Monday, Chinese foreign ministry spokesman Geng Shuang said China hopes to deepen pragmatic cooperation in various fields with both Japan and South Korea. The ministers will also hold bilateral meetings while in Beijing and make preparations for an annual summit expected to be held in Beijing in December.

North Korea will also likely be a topic as the nations seek to encourage progress in denuclearization talks. China is North Korea’s most important ally and has argued that steps by Pyongyang depend on security assurances from Seoul and Washington. 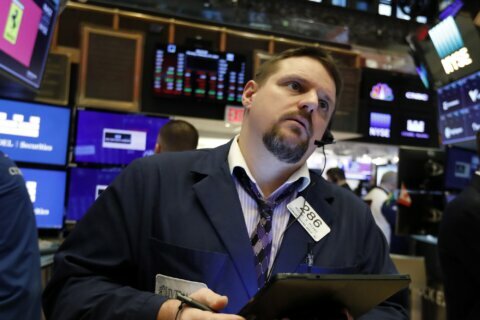 World harshens its virus response as epidemic worsens by day