Chinese embassy says the US is trying to suppress Huawei

TORONTO (AP) — China’s embassy in Canada said Friday the U.S. is trying to suppress a Chinese tech giant with unwarranted charges in what it calls “typical bullying behavior.”

An embassy statement to The Associated Press said the arrest of Huawei executive Meng Wanzhou in Canada at the request of U.S. authorities is “of course different” from China’s detentions of Canadians Michael Kovrig and Michael Spavor. He said the U.S. and Canada are guilty of arbitrary detention.

“The Meng Wanzhou incident is not just a judicial case, but the U.S. using state power to work with its certain ally to suppress a private high-tech Chinese enterprise on unwarranted charges. This is a typical bullying behavior,” the statement said.

U.S. Secretary of State Mike Pompeo said during a visit to Ottawa on Thursday that the cases are “fundamentally different” because Meng is afforded due process in Canada and the cases involving the Canadians are human rights cases involving arbitrary detentions that have nothing to do with the rule of law.

Beijing detained Kovrig and Spavor on Dec. 10 in an apparent attempt to pressure Canada to release Meng, the daughter of Huawei’s founder. China threatened Canada with grave consequences after Meng was arrested at Vancouver’s airport Dec 1 on behalf of the U.S., which wants her extradited on fraud charges.

“Michael Kovrig and Michael Spavor were arrested according to law for suspected crimes endangering China’s national security. China is country with rule of law,” the embassy statement said.

No evidence has been provided in the Kovrig and Spavor cases and they have not been allowed access to family members or lawyers while in Chinese custody.

Meng is accused of lying to banks about the company’s dealing with Iran in violation of U.S. trade sanctions. She is out on bail in Vancouver and living in her multimillion-dollar mansion awaiting extradition proceedings.

China and the U.S. are currently embroiled in a trade war that has roiled global financial markets. Pompeo said Meng is not a bargaining chip in U.S.-China trade talks.

Meng’s detention severely damaged Beijing’s relations with Ottawa. China has stopped importing certain Canadian products like canola and meat, and it also re-sentenced a convicted Canadian drug smuggler to death after the Meng arrest as part of an apparent campaign of intimidation and retribution against Canada. 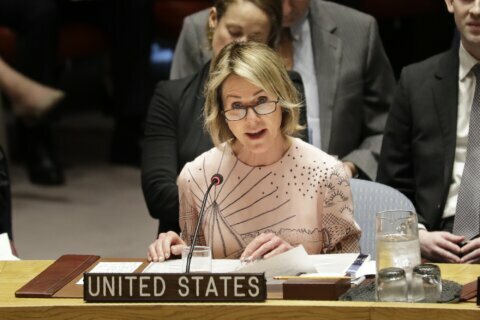 UN is voting on US resolution to extend Iran arms embargo 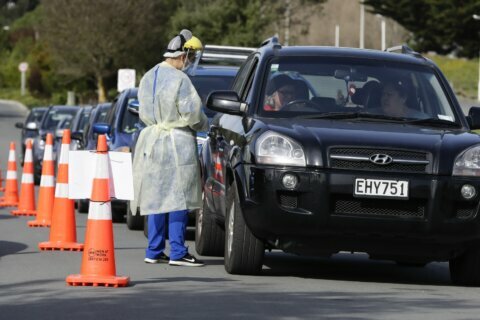 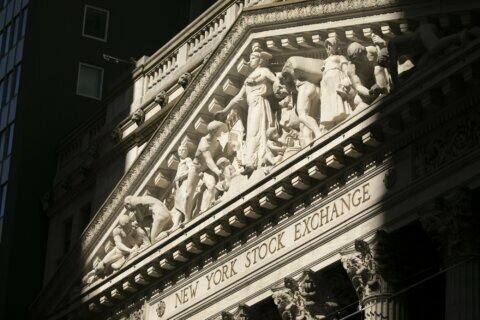