KABUL, Afghanistan (AP) — An Islamic State group affiliate has claimed responsibility for a bombing in a Shiite mosque in central Afghanistan’s Ghazni province that killed two people and injured 20 others.

Provincial governor’s spokesman Arif Noori says an explosive devise detonated during evening prayers on Friday when the mosque was full. Eight of the injured were children.

The IS claim said 40 worshippers were killed or wounded. The IS affiliate, known as Islamic State Khorasan Province reviles Shite Muslims as heretics. Afghanistan is a majority Sunni Muslim state.

President Ashraf Ghani on Saturday condemned the attack, slammed the perpetrators as terrorists and said such acts are against Islam. 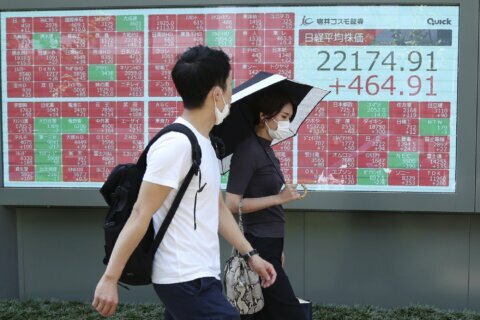 Stocks up on signs of industrial recovery, eyes on US talks