The killings occurred a day after U.S. Secretary of State Mike Pompeo made a quick visit to the Afghan capital of Kabul where he said Washington was hopeful of a peace deal before Sept. 1.

The deaths occurred a day after U.S. Secretary of State Mike Pompeo visited the Afghan capital of Kabul, where he said Washington was hopeful of a peace deal before Sept. 1. At a news conference Wednesday in New Delhi, Pompeo said he was aware of the two deaths. He offered his condolences.

“I’m praying for them, for their families, and for all the soldiers that were around them,” Pompeo said. “I think this drives home the need for us to be successful, right. The mission set that we’ve undertaken in Afghanistan is a reconciliation to reduce the level of violence, to reduce the level of risk to Afghans, broadly, and the risk to American service members.”

In announcing the deaths, the U.S.-led military coalition in Kabul said only that they had been killed, with no explanation. Later, a U.S. official said the two died of gunshot wounds sustained during combat while on a joint patrol with Afghan forces. The official was not authorized to discuss details of the incident and so spoke on condition of anonymity.

More than 2,400 U.S. service personnel have died in Afghanistan since the U.S.-led coalition invaded in October 2001 to oust the Taliban and hunt down al-Qaida chief Osama bin Laden following the Sept. 11, 2001, attacks on the United States.

Efforts to find a peaceful end to Afghanistan’s protracted war accelerated last year with the appointment of U.S. peace envoy Zalmay Khalilzad, who will begin a fresh round of direct talks with the Taliban on Saturday in the Middle Eastern state of Qatar, where the insurgents maintain a political office.

Khalilzad has held a series of meetings in Kabul as well, in an effort to restart Afghan-to-Afghan of talks that would also include the Taliban. Such a planned meeting was scuttled earlier this year because neither side could agree on participants.

The Taliban have refused to hold direct talks with the Afghan government, calling it a U.S. puppet, but have said they would talk with government officials if they arrive at the meeting as ordinary Afghans.

Wednesday’s U.S. military statement announcing the killings of the U.S. service members was a terse, two-paragraph announcement. The statement also said the identities of the soldiers would not be released until their families had been notified.

Talks between Khalilzad and the Taliban have focused on U.S. and NATO troop withdrawal and guarantees from the Taliban that Afghanistan would not again become a safe haven for terrorists to plan global attack like 9/11. Pompeo said the United States and the Taliban were close to a deal on countering terrorism.

Pompeo added that discussions with the Taliban have also begun on U.S. troop withdrawal.

“While we’ve made clear to the Taliban that were prepared to remove our forces, I want to be clear we’ve not yet agreed on a timeline to do so,” Pompeo said.

Associated Press writers Kathy Gannon in Islamabad and Robert Burns in Washington contributed to this report. 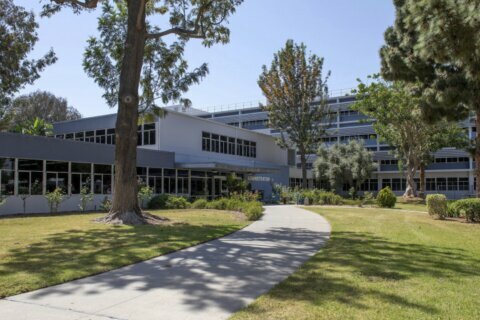 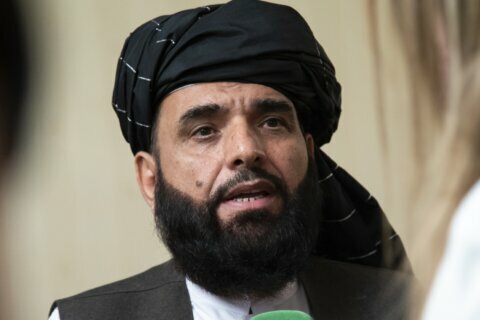