WASHINGTON (AP) — Treasury Secretary Steven Mnuchin said Wednesday that the U.S. is making progress on lifting tariffs imposed on steel and aluminum from Canada and Mexico, potentially overcoming a key hurdle toward approval of a trade agreement between the three countries.

Addressing another contentious trade issue, Mnuchin said he expects to soon travel to Beijing with U.S. Trade Representative Robert Lighthizer to resume negotiations on the trade dispute between the U.S. and China.

“I think we are close to an understanding with Mexico and Canada,” Mnuchin said in a response to a question on the status of the steel and aluminum tariffs imposed on the two countries.

President Donald Trump last year slapped tariffs on imported steel and aluminum from China and a number of other nations, invoking a rarely used provision of a 1962 law to claim that the foreign metals posed a threat to U.S. national security.

The administration retained the tariffs on Canada and Mexico even after the two countries agreed to Trump’s demands to overhaul the North American Free Trade Agreement, which went into effect in 1994. But now removal of those tariffs on the two countries has become a key demand for the administration to win support of the reworked trade agreement.

Markets were also bolstered by reports that the White House plans to delay a decision about imposing tariffs on autos from Europe by up to six months. A decision was due by this Saturday.

“The case remains clear — cars are not a national security threat,” the Alliance of Automobile Manufacturers, an industry trade group, said in a statement. The group said imposing tariffs on imports of autos and auto parts would end up costing as many as 700,000 American jobs.

The multipronged battle over trade being waged by the Trump administration has some stock market analysts and economists worried that extra costs and disruptions to supply chains could crimp consumer spending, hurt corporate profits and slow down the U.S. economy, which grew at a 3.2% pace in the first quarter. Trump says past trade deals such as NAFTA were tilted against the U.S. and that competitors such as China and even allies in Europe have taken advantage of the U.S. when it comes to trade.

Mnuchin said he and U.S. Trade Representative Robert Lighthizer have been in discussions with the Mexico and Canada over the tariff issue. “The president has instructed us to try to figure out a solution,” Mnuchin told the Senate panel, calling resolution of the higher tariffs on aluminum and steel a “very important part” of passing the new trade deal.

On China, Mnuchin reiterated the administration’s stance that the two countries were recently close to a deal but things went “in a different direction.” The United States is lifting from 10% to 25% its penalty tariff on Chinese goods and China promised to retaliate by expanding its list of U.S. products being hit with punitive tariffs.

Despite the impasse, Mnuchin said that discussions were continuing between the two countries and he expects to travel to Beijing with Lighthizer for further negotiations “at some point in the near future.” He said that Trump expects to meet with Chinese President Xi Jinping at the Group of 20 leader’s summit in Japan on June 28-29.

“I can assure you that President Trump is determined that we have free and fair trade,” Mnuchin said. “He wants to have a fair relationship with rules (so) that we can compete fairly.”

Reporters Lorne Cook in Brussels, Paul Wiseman in Washington and Tom Krisher in Detroit contributed to this report. 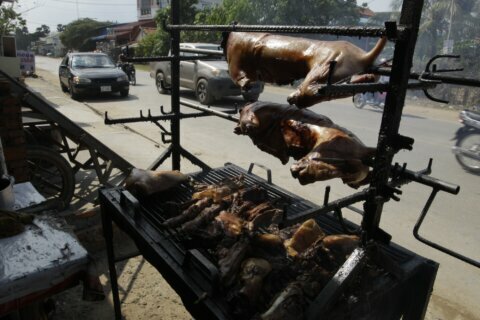 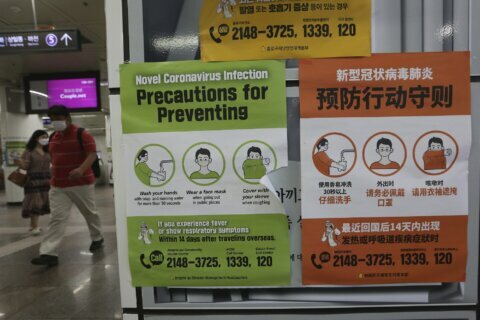 The Latest: Australia state bars entry from locked down area