MOSCOW (AP) — The president of Turkmenistan, a country criticized for allegedly exterminating stray dogs and cats, has ordered the establishment of a national veterinary clinic for domestic animals.

The government newspaper Neitralny Turkmenistan reported Saturday that President Gurbanguly Berdymukhamedov said “this work is necessary for educating the younger generation in the spirit of mercy and humanism.”

In 2017, activists protested what they described as a brutal campaign to slaughter homeless animals ahead of the Asian Indoor and Martial Arts Games, which the capital of Ashgabat hosted.

A U.S. diplomatic cable leaked in 2010 said Berdymukhamedov once fired an officer after a cat darted in front of his motorcade and an emigre website said a man had been arrested for walking a dog as the presidential car passed by. 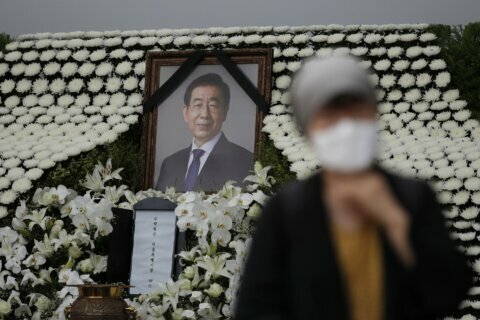