PRAYAGRAJ, India (AP) — At the world’s largest pilgrimage in Prayagraj in northern India, tens of millions of Hindu faithful travel to the sacred sangam — the confluence of three holy rivers — to take a dip.

The Kumbh Mela, or pitcher festival, is a series of baths by Hindu sadhus and sadhvis, holy men and women, and other pilgrims who believe the ritual cleanses them of their sins and ends the process of repeated reincarnation.

For some, stripping down for a holy dip also signifies the stripping away of the material world.

At every Kumbh, including this year’s, thousands of devotees are initiated into the reclusive sect of the Naga Sadhus — naked, ash-smeared cannabis-smoking Hindu warriors and onetime-armed defenders of the faith who for centuries have lived as ascetics in jungles and caves.

On so-called royal bathing days, the Naga Sadhus lead the 13 monastic orders’ processions — on garlanded horses, elephants and tractors — through the festival grounds and into the river, armed with tridents and swords.

Performed by senior priests, the elaborate process of initiation comprises five rituals, starting with the shaving of heads and beards, ritual offering of saffron robes, wearing prayer beads, applying ash on the body and giving up their last piece of clothing.

The aspirants have to take a vow of celibacy, practice tough physical and mental conditioning and renounce worldly possessions and family ties.

After a purifying bath in the river and a prayer ceremony, the sadhus have to perform “Pind Dan,” a Hindu funeral ritual to pay homage to their ancestors for the salvation of their souls.

Usually this ritual is performed only after a person dies.

But the last “Pind Dan” ritual at the Naga initiation ceremony is for the sadhu himself, symbolizing the unity of his soul with God.

“They will consider themselves dead, and only their soul will live on. They will pronounce themselves dead even while living,” said Santosh Mishra, a 50-year-old priest of the Juna Akhara monastic order.

After they are ordained, the Naga Sadhus must remain partially or fully naked for the rest of their lives, sleep on the ground, limit themselves to one meal a day, obey their leaders and gurus and protect the Hindu religious traditions.

The ancient Kumbh festival, which UNESCO added to its list of intangible cultural heritage in 2017, runs through early March. About 150 million people are expected to attend. 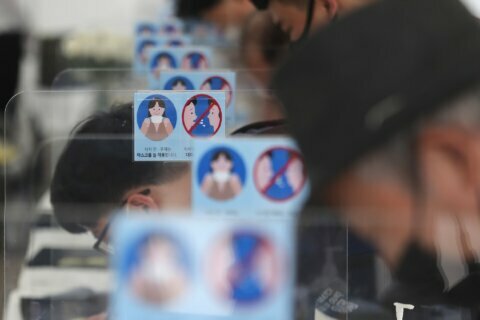 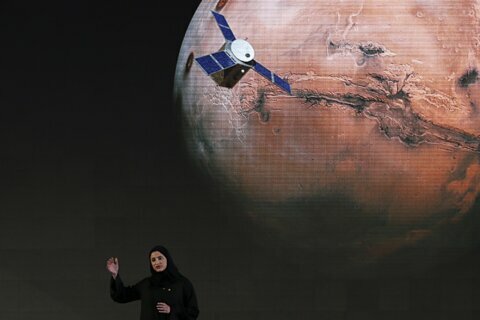