BEIJING (AP) — A look at recent developments in the South China Sea, where China is pitted against smaller neighbors in multiple disputes over islands, coral reefs and lagoons in waters crucial for global commerce and rich in fish and potential oil and gas reserves:

EDITOR’S NOTE: This is a weekly look at the latest developments in the South China Sea, the location of several territorial conflicts that have raised tensions in the region.

The U.S. Navy’s top officer says he urged China to follow international rules at sea to avoid confrontations and insisted that ships should be able to pass safely though the South China Sea and Taiwan Strait.

Richardson, who held meetings in China last week, said the U.S. considers the Taiwan Strait to be international waters.

“We don’t see any kind of limitation on whatever type of ship could pass through those waters,” he said.

China considers Taiwan as its own territory and keeps a close eye on all activity in the 160-kilometer- (100-mile-) wide strait dividing the island from the mainland.

Richardson’s comments Jan. 18 come amid existing tensions between the U.S. and China over military and trade issues.

He said China should not see the U.S. naval operations in the area as a threat.

He urged China to “be consistent” with international rules to avoid risks and confrontations, and said he told Chinese officials that communication channels are important in de-escalating tensions.

Last year, a near-collision occurred when a Chinese destroyer approached the USS Decatur, forcing it to change course and prompting protests from Washington.

U.S. and British navy ships conducted joint maneuvers in the South China this month in what they called a sign of their shared emphasis on regional peace and stability.

The exercises included communication drills, division tactics, and “a personnel exchange designed to address common maritime security priorities, enhance interoperability, and develop relationships that will benefit both navies for many years to come,” the news release said.

“Professional engagement with our British counterparts allows us the opportunity to build upon our existing strong relationships and learn from each other,” Cmdr. Allison Christy, McCampbell’s commanding officer, was quoted as saying in the release.

A new Pentagon report lays out U.S. concerns about China’s growing military might, underscoring worries about a possible attack against Taiwan.

A senior defense intelligence official said China is becoming more confident in its ability to wage a regional conflict. Beijing’s leaders have made it clear that reasserting sovereignty over Taiwan is a top priority.

However, the official said that China doesn’t yet have the military capability to successfully invade the self-governing island democracy, which split from mainland China amid civil war in 1949.

The official spoke on condition of anonymity in order to provide more detail on intelligence findings in the report, which was written by the Defense Intelligence Agency.

China has warned the U.S. against further upgrading military ties with Taiwan and has threatened to use force against the island to assert its claim of sovereignty.

Under President Donald Trump, the U.S. has taken incremental moves to bolster ties with the island, including renewed arms sales and upgraded contacts between officials. 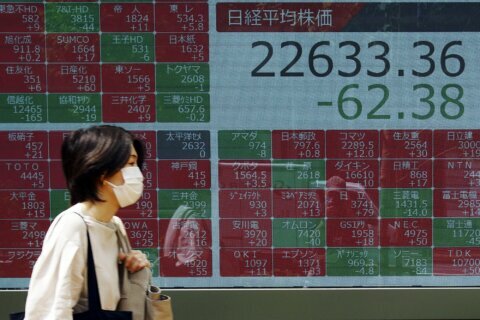 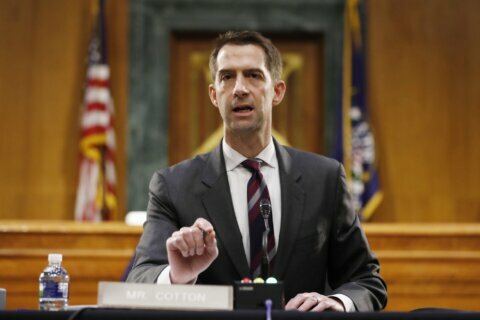