A federal judge has ordered North Korea to pay more than $500 million in a wrongful death suit filed by the parents of Otto Warmbier, an American college student who died shortly after being released from that country.

WASHINGTON (AP) — A federal judge ordered North Korea to pay more than $500 million in a wrongful death suit filed by the parents of Otto Warmbier, an American college student who died shortly after being released from that country.

U.S. District Judge Beryl Howell harshly condemned North Korea for “barbaric mistreatment” of Warmbier in agreeing Monday with his family that the isolated nation should be held liable for his death last year. She awarded punitive damages and payments covering medical expenses, economic loss and pain and suffering to Fred and Cindy Warmbier, who alleged that their son had been held hostage and tortured.

Warmbier was a University of Virginia student who was visiting North Korea with a tour group when he was arrested and sentenced to 15 years of hard labor in March 2016 on suspicion of stealing a propaganda poster. He died in June 2017, shortly after he returned to the U.S. in a coma and showing apparent signs of torture while in custody.

In holding North Korean responsible, Howell said the government had seized Warmbier for “use as a pawn in that totalitarian state’s global shenanigans and face-off with the United States.”

“Before Otto traveled with a tour group on a five-day trip to North Korea, he was a healthy, athletic student of economics and business in his junior year at the University of Virginia, with ‘big dreams’ and both the smarts and people skills to make him his high school class salutatorian, homecoming king, and prom king,” the judge wrote. “He was blind, deaf, and brain dead when North Korea turned him over to U.S. government officials for his final trip home.”

The arrest and death of Warmbier came during a time of heightened tension between the U.S. and North Korea over the country’s nuclear weapons program. President Donald Trump held a first-of-its-kind summit with North Korean leader Kim Jong Un in June 2018 and plans another next year.

The judgment may be mostly a symbolic victory since North Korea has yet to respond to any of the allegations in court and there’s no practical mechanism to force it do so. But the family may nonetheless be able to recoup damages through a Justice Department-administered fund for victims of state-sponsored acts of terrorism, and may look to seize other assets held by the country outside of North Korea.

Fred and Cindy Warmbier, who are from a suburb of Cincinnati, said they were thankful the court found the government of Kim Jong Un “legally and morally” responsible for their son’s death.

“We put ourselves and our family through the ordeal of a lawsuit and public trial because we promised Otto that we will never rest until we have justice for him,” they said in a statement. “Today’s thoughtful opinion by Chief Judge Howell is a significant step on our journey.”

The lawsuit, filed in April, describes in horrific detail the physical abuse Warmbier endured in North Korean custody, recounting how his parents were “stunned to see his condition” when they boarded a plane to see him upon arrival in the U.S.

The 22-year-old was blind and deaf, his arms were curled and mangled and he was jerking violently and howling, completely unresponsive to his family’s attempts to comfort him. His once straight teeth were misaligned, and he had an unexplained scar on his foot. An expert said the injuries suggested he’d been tortured with electric shock, and a neurologist later concluded that the college student suffered brain damage, probably from a loss of blood flow to the brain for five to 20 minutes.

North Korea has denied Warmbier was tortured and has said he contracted botulism, though medical experts said there was no evidence of that.

The complaint also said Warmbier was pressed to make a televised confession, then convicted of subversion after a short trial. He was denied communication with his family. In June 2017, his parents were informed he was in a coma and had been in that condition for one year.

Though foreign nations are generally immune from lawsuits in U.S. courts, Howell cited several exceptions that she said allowed her to hold North Korea liable. Those include the fact that North Korea has been designated by the U.S. as a sponsor of terrorism, that the Warmbiers are U.S. citizens and that the actions of the North Korean government involved torture and hostage taking.

The penalty awarded to the Warmbiers and to Otto Warmbier’s estate includes punitive damages as well as damages for economic losses, pain and suffering and medical expenses.

The lawsuit was brought on the Warmbiers’ behalf by Richard Cullen, a prominent Virginia lawyer and former U.S. attorney. He told The Associated Press that while “nothing will ever bring Otto back to the Warmbiers or erase their memories of his horrid last 18 months,” the judge’s decision was “very good news for his family and friends.” 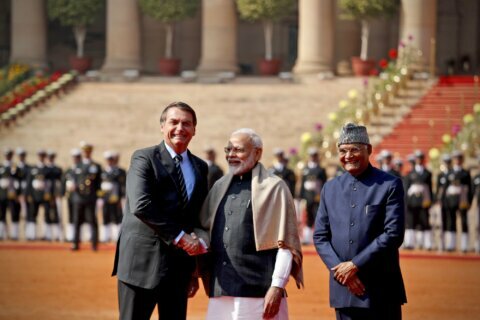 India, Brazil agree to boost ties in IT, biofuel and mining 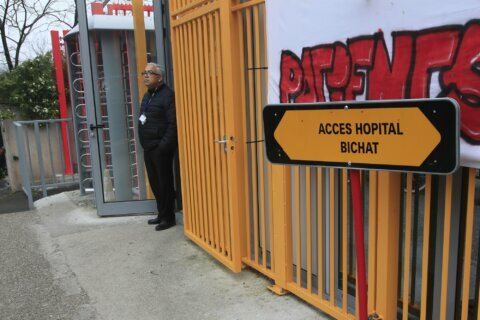 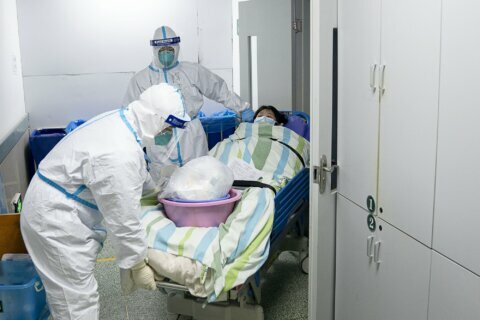