Your daily look at late-breaking news, upcoming events and the stories that will be talked about today: 1. WARNINGS OVER…
Listen now to WTOP News WTOP.com | Alexa | Google Home | WTOP App | 103.5 FM

The secretary of state tries to delay five current and former officials from providing documents and testimony, but Democrats have set closed-door depositions for two former officials.

2. WHERE WHITE HOUSE HOPEFULS WILL BE

In Las Vegas for a forum on gun policy, almost two years to the day after a gunman killed 58 people at a country music festival on the Las Vegas Strip.

Amber Guyger, convicted in the fatal shooting of her black neighbor, faces anywhere from five years to life in prison.

Boris Johnson calls the proposal a “fair and reasonable compromise,” but EU leaders doubt the U.K. has a workable plan to avoid border checks between Ireland and Northern Ireland.

Those are the words of a pro-democracy lawmaker about Hong Kong police after an officer shot and wounded a teenager in an escalation of protest violence.

6. WHERE BIG TECH AND BIG OIL HAVE COMMON GROUND

7. INDIA’S MOVES IN KASHMIR RAISE TENSION IN PART NEXT TO CHINA

After the Indian government stripped statehood from Kashmir, new tensions are brewing in Ladakh, a remote and picturesque part of that territory.

A jittery political world seeks clarity on the Israeli prime minister’s legal standing amid the stalemate that followed the country’s second inconclusive election of the year.

Former Rep. Pete Sessions of Texas is expected to run again in 2020, but not in his old Dallas district that Democrats flipped last year.

Juan Soto delivers a bases-loaded single that scored three runs in the eighth inning, and the Nationals rallied to beat the Brewers 4-3 in the NL wild-card game. 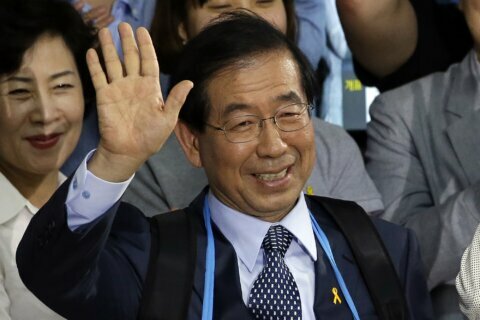