NEW YORK (AP) — Charles Fuller, the Pulitzer Prize-winning playwright of the searing and acclaimed “A Soldier’s Play” who often explored and exposed how social institutions can perpetuate racism, has died. He was 83.

Fuller’s plays were filled with complex characters and an undercutting of conventions. “The best way to dispel stereotypes and massive lies is telling something as close to the truth as you can,” Fuller told Newsday. In one review of his work, The New York Times said “clichés of form, plot and character shatter like skeets at a shooting range.”

Fuller’s most famous work, “A Soldier’s Play,” used a military setting in its tale of the search for the murderer of a Black sergeant on an Army base in Louisiana during World War II. It dissected entrenched racism as well as internal divisions in the Black military community, wrapping it in a murder mystery.

The play won the Pulitzer Prize for drama in 1982 and two years later was made into the Oscar-nominated best picture “A Soldier’s Story,” for which Fuller wrote the screenplay and earned an Oscar nomination.

“I’d just like to be considered a playwright fortunate enough to have written a ‘hit,’ and who wants to keep on writing plays that break through the wall,″ he told The New York Times in 1982.

The work has attracted a who’s who of Black acting talent. The film version starred a young Denzel Washington, who had appeared in its first stage incarnation in New York alongside Samuel L. Jackson. A 2005 revival off-Broadway lured Taye Diggs, Anthony Mackie and Steven Pasquale.

It made its Broadway debut in the pandemic shortened season of 2020-21 with David Alan Grier and Blair Underwood and earned seven Tony nominations, including best play revival. Grier won the Tony for a featured actor and the play won best revival.

“It has been my greatest honor to perform his words on both stage and screen, his genius will be missed,” Grier tweeted in mourning. Playwright Lynn Nottage wrote: “His work was & remains a major source of inspiration for me & in many ways became my invitation to write plays.”

Born in Philadelphia, Fuller attended Villanova University and then joined the Army in 1959, serving in Japan and South Korea. He later studied at La Salle University.

He was working as a housing inspector in Philadelphia when the McCarter Theater in Princeton, New Jersey, mounted his drama ″The Perfect Party,″ which moved off-Broadway in 1969. The theme was intermarriage, but Fuller joked “it was one of the world’s worst interracial plays.”

Fuller wrote plays for the Negro Ensemble Company, and his works were mounted at New Federal Theater and Henry Street Settlement. His breakthrough came with “The Brownsville Raid,” which told the true story of Black soldiers who were dishonorably discharged in 1906 after they were wrongly accused of murder. Only decades later did the Army exonerate them.

Five years after “The Brownsville Raid,” Fuller used similar themes and settings in “A Soldier’s Play,” for which he was influenced by Herman Melville’s “Billy Budd.” Both novels were set in the military during wartime, but Fuller used the structure to discuss race in modern America.

In its 2005 review of the play, The New York Times said Fuller “uses clean-lined conventions to elicit disconcertingly blurred shades of racism, resentment and self-hatred among Black men waiting to fight in a white man’s Army,” adding, “These feelings are messy, confusing, contradictory.” (In the play, one Black sergeant welcomes the jailing of a Black private: “one less fool for the race to be ashamed of.″)

Fuller said he was drawn to the military in his plays because, “historically, it’s the only place where Black men have risen equal to white men,” he told Newsday in 1988.

Another of his more successful plays was the 1980 domestic drama “Zooman and the Sign,” which is about an ex-prizefighter whose 12-year-old daughter is killed while playing. None of his neighbors will come forward to identify the murderers. When the father puts up a sign asking for help, it attracts the press. But that makes him — not the killers — a neighborhood pariah.

The New York Daily News called the play in a 2009 revival as “powerfully plain-spoken, if less than subtle.” Chadwick Boseman played Zooman in 2000 at age 23 in Lancaster, Pennsylvania. Fuller wrote a made-for-TV movie of the play in 1995.

Fuller also produced a cycle of Civil War-era plays that included “Sally,” “Prince,” “Jonquil” and “Burner’s Frolic.” His other works include the coming-of-age drama “The Sky Is Gray” for PBS and “A Gathering of Old Men” for CBS in 1987.

Fuller returned to the topic of the military with the play “One Night…” in 2013, which centered on a former Army truck driver whose life has unraveled since she went public with charges of rape against three fellow servicemen in Iraq. In one scene, she asks the Veterans Affairs Department for disability benefits. “Why am I a hero if I die,” she says, “and a nuisance if I live?”

In addition to his wife, Fuller is survived by a son, David, a daughter-in-law, four grandchildren; and three great-grandchildren. 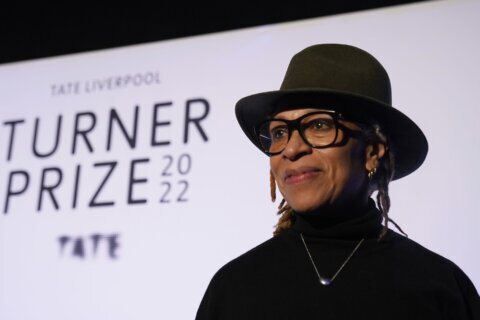