Alan Tudyk infuses ‘Resident Alien’ with the art of clowning

In school, he received sound career guidance from those who recognized his nascent talent. The result: The world lost an aspiring hotel manager and gained a versatile supporting actor, now reborn as a leading man in “Resident Alien.”

Tudyk shines in the unlikely showcase role of an emotionally conflicted alien invader on the science-fiction dramady, back at 10 p.m. EDT Wednesday for the latter half of its second season on the Syfy channel. (It will also stream on Peacock.)

His impressively varied, 100-plus film and TV credits range from the Western drama “3:10 to Yuma” to the satire “Arrested Development” to genre fare including “Firefly” and “Harley Quinn.” That’s not to slight his voiceover body of work, which boasts “Encanto” and “Wreck-It Ralph” among many other kid favorites.

In “Resident Alien,” Tudyk’s character is tasked with destroying all Earthlings. He takes the life and identity of Dr. Harry Vanderspeigle to appear human, if oh so awkwardly, as he pursues his mission. While he’s begun to value his intended victims, it’s an open question if that’s enough to grant a reprieve.

Tudyk’s performance is reminiscent of silent film great Buster Keaton, he of the deadpan-yet-revealing expression, inventive body language and exquisite timing. Tudyk employs that comic trifecta to make Harry both jarringly bizarre and improbably endearing — with his choppy version of human speech a bonus.

Looking for a taste of Keaton’s artistry? Check out Tudyk’s Twitter feed.

As a youngster, Tudyk admired Sean Penn and Marlon Brando for their acting craft and used them as a benchmark for his own growth. But Tudyk’s heart belongs to comedy and practitioners like Keaton — “one of the greatest clowns ever, he was just incredible” — and Robin Williams.

The affable, low-key Tudyk responds modestly to a Keaton comparison: “If there’s anything that echoes his work, it’s probably just that I love the discipline of clowning.”

“I thought I knew what the character was until Alan did his thing. Then I realized I was wrong because what Alan was doing was so clearly better than what I had imagined,” Sheridan said in an email exchange. “Not only was he hysterically funny, but he also brought so much humanity to the role” and made Harry someone to root for.

In a recent interview with The Associated Press, Tudyk discussed his path to acting, rhapsodized about clowning and assessed the baby alien on his show vs. another high-profile baby alien. Quotes have been edited for clarity and length.

AP: How and when did you get the acting bug?

Tudyk: My mother enrolled me in the Plano, Texas, community theater when I was in fifth grade going into sixth grade, so 10, 11 years old. I played the Jive Rabbit in ‘The Fabulous Fable Factory,’ this fast-talking rabbit from the city. I definitely loved it. Then at 16, you could take a speech class, and I did a piece from the play. The teacher said, ‘You don’t belong in this class. Here’s the name of the drama teacher.’ That was really it. I was just so in love with it. But I never thought I’d do it as a career.

AP: Why did you resist the pull?

Tydyk: This sounds awful — I didn’t want to be poor. I worked at a fast food restaurant and I thought, ‘I’m really good at this, I think I’m going to be a hotel manager.’ I was very serious about pursuing that until my high school speech and drama teacher said, ‘I heard you’re going to be a hotel manager. You don’t want to be an actor?’ I said, ‘Oh, I don’t think I can make it.’ She told me, ‘You can do it. If you want it, you can have it.’ From that moment on, I was 100% committed to do it.

AP: You’ve said that you left The Juilliard School because the emphasis was firmly on drama and you also wanted to study comedy. Was that the case?

Tudyk: Yes. I have an affinity for clowns and clowning. They’re magic. I think if I had more integrity, I would have become a clown. Before this second season (of ‘Resident Alien’) I took a clowning class with the guy who taught me clowning at Juilliard. I wanted to get back into it. The way Christopher Bayes describes it, a clown is as if you have a child that’s never told no. They’re very curious. They give themselves permission to do whatever, they’re mischievous.

AP: You were at Comic-Con recently. Did fans question putting a baby alien on ‘Resident Alien’ when ‘The Mandalorian’ already has Grogu, aka Baby Yoda?

Tudyk: No. But I offered up to them that in a bare-knuckle, head-to-head match, our alien could take Grogu any day of the week. Name a time, name a place. They weren’t too receptive, but I’m calling them out — bring it. 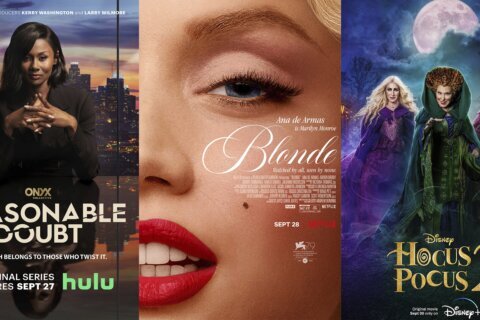 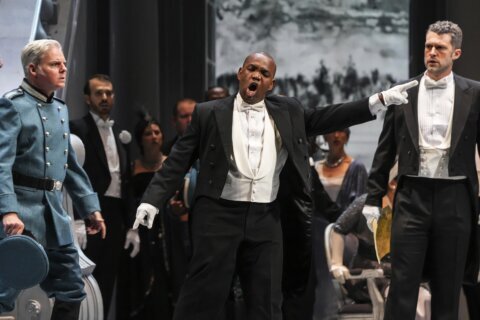