LOS ANGELES (AP) — Lewis Black appreciates his sixth Grammy nomination for best comedy album, but he’s skipping the Las Vegas ceremony on Sunday. Instead, he’ll be onstage at a New York theater as part of his “Off the Rails” national tour.

A two-time Grammy winner, Black has shared his dyspeptic take on the world and people for five decades, and he’s been a staple on Comedy Central’s “The Daily Show” since 1996. So, what keeps him going?

“Stupidity,” he replies. But seriously, folks — enduring comedians like Black are, at heart, contemplative — he has a reason: “What keeps me going is I’m still learning.”

Black’s latest Grammy nomination is for “Thanks for Risking Your Life,” which was recorded at a concert on the eve of the March 2020 COVID-19 lockdown. There’s a companion video special in which, among other topics, Black anoints two-day free shipping as the source of happiness and nods to his comedic roots: mom Jeannette, who is 103, and dad Sam, who died in 2019 at age 101.

Black, 73, is also a playwright — the theater is his first love, and he holds a master’s degree from Yale School of Drama — actor, bestselling author and a mentor to aspiring comedians at alma mater University of North Carolina, where he earned a bachelor’s.

In an interview last week with The Associated Press, he discussed being a comic when speech is heavily scrutinized; performing on the brink of the pandemic, and learning the lessons of Joseph Heller’s satirical novel “Catch-22.” Remarks have been edited for length and clarity.

AP: When you’re on stage, does it weigh on you that others are getting in trouble for what they’ve said?

Black: Only in interviews. If they edit it wrong, it might be read wrong, and somebody will get upset. When I’m onstage, I don’t go out and think I’m going to say anything that should be considered crossing the line. I may upset people, but I’m not going to make them psychotic.

AP: Why did you decide to go ahead with your early March 2020 concert at a Michigan casino when so much was unknown about COVID-19?

Black: I knew that the (expletive) hadn’t hit the fan yet, but we were closing in on it. It was like that idiot reporter standing there as the sky gets grayer and says, “The hurricane’s coming.” That’s what I felt like. I thought, ”Wow, maybe I’m putting these people (at risk).” But there were already 1,500 people there, and they were shoulder-to-shoulder in the casino. If it was done, it was already done before I reached the stage.

AP: In the concert, you talk about celebrating your parents’ advanced birthdays and their wisecracks, including your mom saying, “I crossed the finish line. I should be (expletive) done.” Does your humor reflect theirs?

Black: My mother was more sarcastic. My father knew that there was a line that you can get up to if you wanted to keep your audience. If you want to keep entertaining them you don’t cross that line. My father’s the one who told me to read “Catch-22” when I was 13 or 14.

AP: Because he thought you could appreciate it?

Black: He was reading the book, he was laughing and I’d never seen him laugh out loud. I said, should I read that? He said it’ll tell you how to deal with an office, it basically will give you an idea of what to expect in life.

AP: You were playwright in residence at New York City’s West Bank Café’s Downstairs Theatre Bar for most of the 1980s, working with, among others, future Oscar-winning screenwriters Aaron Sorkin and Alan Ball. Sounds like a heck of an experience.

Black: It was great. It was rewarding as anything I’ve ever done, by far. If people in New York had paid attention to what we were doing, I’d probably still be doing it. When we came there it was tough, there wasn’t a lot of places for young writers and actors to get their stuff up. And we were offering this opportunity. It wasn’t like you had to go to Yale or anything. It was like, somebody knew somebody and they were really good.

AP: You’ve described a dispiriting experience involving a musical play you’d co-written and its handling by a regional theater that flipped you to comedy. You’d done stand-up in college, but how did you turn it into a career?

Black: I opened for every show we did (at the Downstairs Theatre Bar). And then on Saturday nights, we’d do a free show where I would do stand-up, then I started to go across town to Catch a Rising Star and a bunch of other clubs. The lineup (at Rising Star) was me, Kevin Meaney, Mario Cantone. Those are the guys I generally worked with, and it was great because I learned something from every one of them. I was transitioning from a comic who never worked clubs, and now I had to take whatever I was doing on stage to make it work in a club. Denis Leary had a bit on smoking and it was spectacular. My bit on smoking was a (expletive). So I dropped my bit on smoking. 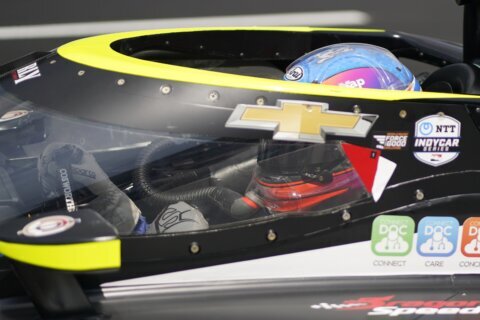