NEW YORK (AP) — The Macy’s Thanksgiving Day Parade will return to its pre-pandemic form this year, with its route restored through Manhattan, high-flying helium balloons once again pulled by handlers and crowds welcomed back to cheer them on.

This year’s parade — the 95th annual — will snap back to form after bowing to pandemic restrictions last year. It will feature 15 giant character balloons, 28 floats, 36 novelty and heritage inflatables, more than 800 clowns, 10 marching bands and nine performance groups and, of course, Santa Claus.

New balloon giants joining the line-up on Nov. 25 include Ada Twist, Scientist and the Pokémon characters Pikachu and Eevee. Broadway will be represented by the casts of “Six,” “Moulin Rouge! The Musical” and “Wicked.” The Rockettes will be there, as will the cast of the upcoming NBC live production of “Annie.”

“For our 95th celebration, Macy’s has created a spectacle to remember featuring a dazzling array of high-flying balloons, animated floats and incredible performers. We can’t wait to help New York City and the nation kick-off the holiday season with the return of this cherished tradition,” Will Coss, executive producer of the parade, said in a statement.

There will be new floats led by the cast of “Girls5eva” — Sara Bareilles, Renée Elise Goldsberry, Paula Pell and Busy Philipps — Nelly and Jordan Fisher, while Jon Batiste will be on an alligator-themed float celebrating Louisiana’s music, food and culture.

Some of the returning balloons will be Astronaut Snoopy, ‘The Boss Baby,” “Diary of a Wimpy Kid,” Chase from “Paw Patrol,” the Pillsbury Doughboy, Red Titan from “Ryan’s World,” Papa Smurf from ”The Smurfs,” Sonic the Hedgehog and SpongeBob SquarePants.

The Macy’s parade has been a traditional holiday season kickoff and spectators often line up a half-dozen deep along the route to cheer about 8,000 marchers, two dozen floats, entertainers and marching bands.

Last year, the usual 2 1/2-mile route through crowded Manhattan was scrapped in favor of concentrating events to a one-block stretch of 34th Street in front of the retailer’s flagship Manhattan store. Many performances were pre-taped and most of the parade’s performers were locally based to cut down on travel. The balloons were tethered to specialized vehicles instead of being controlled by handlers.

Visitors this year will once again be allowed to see the balloons inflated the day before the parade as long as they show proof of vaccination. Children under the age of 12 may be accompanied by a vaccinated adult. 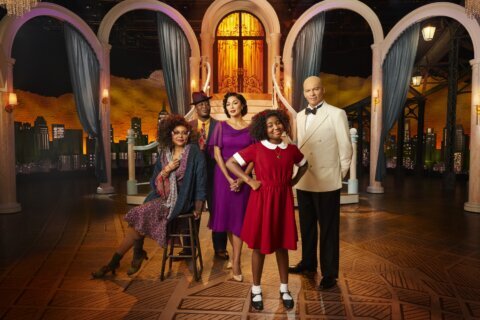 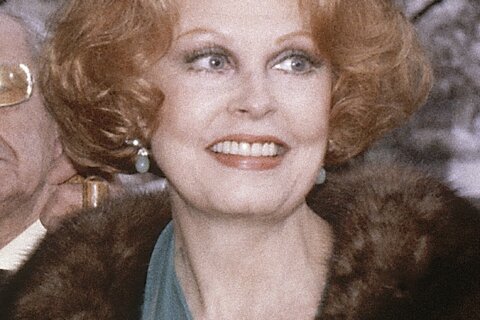