NEW YORK (AP) — Three years ago, Lauren Ridloff gave an interview that concluded with the actor contemplating what she wanted to do next.

At that point, Ridloff only had one major role under her belt, albeit an acclaimed one. Ridloff was then starring in a Broadway revival of “Children of a Lesser God,” a performance that earned her a Tony nomination and turned the then 40-year-old former kindergarten teacher into a breakout star.

Ridloff hadn’t set out to necessarily be an actor. She initially was just helping “Children of a Lesser God” director Kenny Leon as a sign language tutor. Still, at that moment, Ridloff set her sights high. Talking to The New York Times in May 2018, she said she’d like to play a superhero.

“It was a manifestation,” Ridloff says, laughing. “At that time, I still wasn’t sure if I wanted to continue in acting. I was honestly terrified. I had given up a career as a teacher and I went to try acting, but then my Broadway show was ending. What’s next? Do I even bet on auditioning? I didn’t think Hollywood was ready for a deaf actor at the time, let alone a deaf superhero.”

“Eternals,” in which the age-old superheroes have long secretly lived among humans but are now roused to prevent a cosmic apocalypse, seeks to expand many of the traditional notions. For the first time in 26 blockbuster films, a person with hearing impairment is alongside other mighty saviors fighting to rescue the world.

“In the beginning, I admit I was terrified,” Ridloff said in a recent interview by Zoom from Los Angeles through an American Sign Language translator. “It was almost like I couldn’t get out of bed. I was so overwhelmed with the responsibility of being the first and only deaf superhero. How do I even start to represent people and a community?”

Ridloff, though, had an epiphany while jogging, a hobby she considers a form of meditation. It was a fitting place to find clarity: In the film, her character Makkari has super speed, one of several traits of a character — a beefy white guy in the comics — that’s party drawn from Ridloff’s own characteristics.

“I realized when I started talking about me and when I started using pronouns like ‘I’ rather than ‘we,’ that’s how I can be my most authentic self. I can tell my own story, and I can allow people to decide if they identify and relate to me,” Ridloff says. “With that understanding, I feel so much more comfortable in my role.”

The 43-year-old Ridloff, who has been deaf since birth, had been primarily raising her two boys with husband Douglas Ridloff when her work with Leon led to a impromptu table read on “Children of a Lesser God.” Since then, Ridloff has had a recurring role on “The Walking Dead” and poignantly played a teacher in last year’s “Sound of Metal.”

“Working as a kindergarten teacher, let me tell you, they are a tough audience,” says Ridloff. “I had to be engaging. I had to tell these beautiful stories. That’s the only way that you keep them engaged. I think that’s where I developed my acting powers.”

Ridloff caught the attention of “Eternals” casting director Sarah Finn, who was looking for a wide spectrum of performers for the film. When Ridloff was brought in for a meeting with Zhao and producer Nate Moore, she didn’t know what movie or role she was being considered for. She figured, she says, “maybe I would be some woman in distress, some sort of victim, maybe they wanted me for ‘Black Panther.’”

Meeting in Los Angeles, Zhao had an immediate response to Ridloff, who never officially auditioned.

“There’s so much joy in her, and she’s very proud of who she is,” says Zhao. “She’s very mischievous in real life. She’s got a twinkle in her eye and she flirts with the camera. She’s got a presence. When she first met (‘Eternals’ co-star) Barry (Keoghan), there was such a beautiful thing going on that I had to incorporate it into the characters.”

Ridloff’s casting is one of several MCU landmark moments in “Eternals.” The film also, in Chan, features the films’ first Asian American woman protagonist, the first gay kiss and, perhaps the biggest shock of all in a brief PG-13 scene, the first superhero sex.

“I do feel like we’re entering the revisionist period for this genre,” says Zhao. “It’s about time because it’s been a couple decades now. The desire comes from both the viewers and the makers and the studios. Let’s challenge some of those fundamental ideas this genre was born out of.”

Ridloff notes that she soon won’t be the only deaf superhero in the MCU. Another will be featured in the upcoming Disney+ series “Hawkeye.” In the comics, Jeremy Renner’s character has often been rendered as deaf.

“I’m not going to be the only deaf superhero in the MCU,” says Ridloff. “We’re going to have another one joining very shortly, which I’m thrilled about.”

But in even the lengthy star-studded “Eternals,” Ridloff stands out as one of the performers you most want to see more of after the credits have rolled. As played by Ridloff, Makkari’s deafness isn’t just a limitation but a gain that makes her stronger. In one tragic scene, Ridloff also lets out an anguished cry that reverberates with something more raw and genuine than is often heard in the bombast of superhero films. It’s a meaningful moment for Ridloff who stopped using her speech from the age of 13 until it was necessary performing in “Children of a Lesser God” because she felt people were equating her intonation with her intelligence.

“That scream wasn’t included in the script at all. I just dove into the moment and I made the decision to scream,” says Ridloff. “I didn’t know at the time that that shot was going to make it into the film. I was surprised to see it there. At the premiere, my dad had gone to see the movie with me, he was like, ‘That was a scream!’ He was shocked.”

But one question remains for Ridloff. Now that she’s a superhero, what would she like to do next?

“I would love to be a part of something that is similar to ‘Bridgerton,’ something that’s a period piece film because, really, you don’t see that many deaf people in period pieces,” says Ridloff. She smiles. “So I’m putting that out there.” 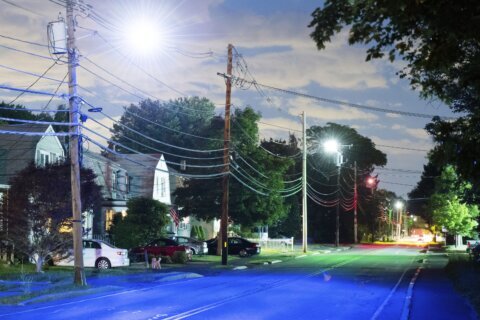 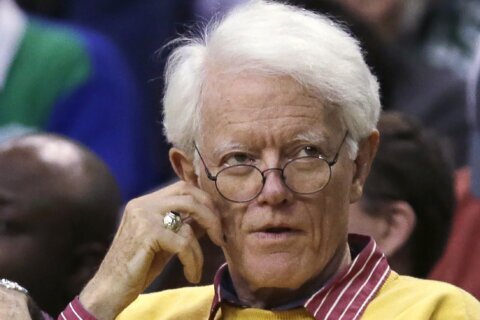