Coronavirus News: US sets stage for boosters | Importance of nuance when dealing with COVID | How 'dark winter' can be avoided | Latest cases in DC region
Home » Art News » Review: In ‘Annette,’ an…

“ Annette ” is a film that’s likely best experienced rather than described. Anyone familiar with the work of French…
Listen now to WTOP News WTOP.com | Alexa | Google Home | WTOP App | 103.5 FM

“ Annette ” is a film that’s likely best experienced rather than described.

Anyone familiar with the work of French director Leos Carax, best known for the surreal Denis Lavant fantasy “Holy Motors,” probably already knew that. But tack on the fact that the script and music was written by Sparks duo Ron and Russell Mael, known for their sophisticated, theatrical and irreverent songs, and “Annette,” starring Adam Driver and Marion Cotillard, adds up to something that defies explanation. This postmodern pop opera is wildly unique, often maddening and sometimes even illuminating. Oh, and there’s a little wooden puppet baby who can sing, but we’ll get to that later.

While I can’t say I have anything resembling a grasp on “Annette” or that I even enjoyed most of the journey, it’s also something that has lingered. And the more distance I have from “Annette,” the more I admire its unabashedly grand oddness.

The Los Angeles-set story is centered on an artistic couple and their passionate, volatile relationship. Driver is Henry McHenry, a caustic and provocative stand-up and performance artist in a green boxer’s robe, who, despite his intellectual superiority and disdain for most everything, does seem to have a loyal fan base who genuinely enjoys his hostile comedy. And he does like one thing, it turns out: Cotillard’s Ann Defrasnoux, an opera singer who he’s recently started dating.

They’re a mismatched pair. She is grace, saving her audience every night. He’s the devil who kills his. But they’re in love and in lust and together they become a media sensation on par with Ben Affleck and Jennifer Lopez, whose every move is covered by the winkingly cheap Showbizz News. And soon, they’ve welcomed a child, baby Annette, who has large ears and a wooden frame. Yet for all her artificiality, baby Annette is also disarmingly infant-like in her movements. And baby Annette has an extraordinary talent that manifests after a tragic night on a boat.

There’s another character, too — maybe the only truly likable character — in Simon Helberg’s funny and heartsick accompanist-turned-conductor who provides some reliable levity amid all the tumult.

Even though Cotillard (magnificent, as always) is certainly the co-lead, this is very much Driver’s show and he is breathtaking. Is there a more disarming actor working today? Here he fully embraces his animalistic physicality to create an imposing and dangerous character who you can only really love when seen through Ann’s eyes. This becomes a bit of a problem later on for reasons I won’t get into, but even if you don’t like Henry McHenry, you can’t take your eyes off of him.

“Annette” is mostly sung, by the way. And although the music doesn’t sound like an opera, its spirit more closely resembles that form than a musical. Like other Sparks and Carax creations, it’s just its own thing. The artificiality and winking sarcasm can even be grating at times, which, you get the sense, is the point. What the filmmakers have called the project’s “multilayered irony” can be challenging and alienating. And yet there are moments of breathtaking transcendence in both the filmmaking and music, alongside extraordinary acting and puppetry work.

Will you exit with any sort of elevated understanding of artists or love or tragedy? Maybe not, but, again, this thing called “Annette” has a way of taking up residence in your mind, whether you like it or not. If you’re even the slightest bit intrigued, you should let Carax and the Maels take you on this bizarre journey.

But don’t get me wrong: “Annette” is a conundrum. And maybe that’s good enough.

“Annette,” an Amazon Studios release in limited release Friday and streaming Aug. 20, is rated R by the Motion Picture Association of America for “language, some nudity and sexual content.” Running time: 140 minutes. Three stars out of four. 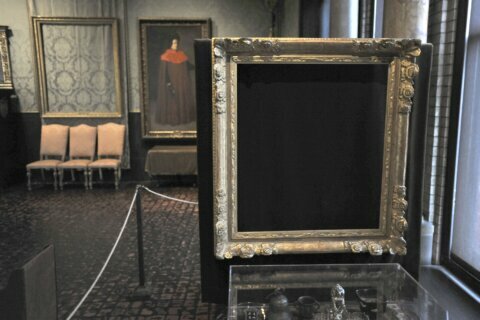 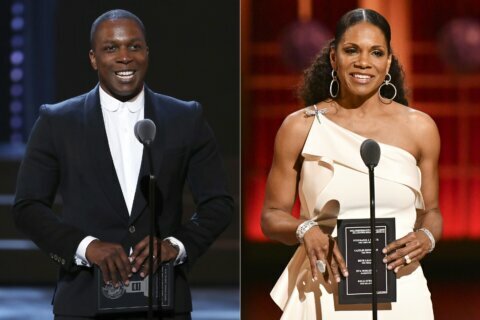 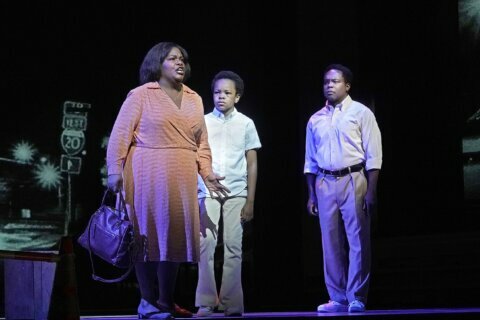