Alvin Ailey and Bill T. Jones may have a generation between them, but the two influential choreographers crossed paths at…
Listen now to WTOP News WTOP.com | Alexa | Google Home | WTOP App | 103.5 FM

Alvin Ailey and Bill T. Jones may have a generation between them, but the two influential choreographers crossed paths at a few pivotal moments. Ailey was the one who commissioned Jones’ first work, “Fever Swap,” in 1983. A few years later in 1989, at the height of the AIDS epidemic, Jones, then famous in his own right, would create one of his most notable works and a response to the crisis: “D-Man in in the Waters.” It was also the year Ailey died at age 58 of complications from the disease.

So it’s a fateful coincidence that this summer both men are getting the spotlight in two terrific documentaries: “Ailey,” opening nationwide on Aug. 6, and “Can You Bring It: Bill T. Jones and D-Man in the Waters,” which is currently in theaters.

“Ailey” director Jamila Wignot said the project found her in 2017. She’d been a fan of Ailey influential modern dance work and his company, the Alvin Ailey American Dance Theater, but realized she didn’t know much about him beyond that. It may have been intentional on his part: Despite his fame, Ailey was a private person.

The documentary is partially framed around a new staging of a classic Ailey dance from choreographer Rennie Harris, who, like Wignot, is trying to figure out “what made Mr. Ailey Mr. Ailey.” Thankfully, Wingot made a pivotal discovery that helped inch closer to an answer: Revealing audio recordings that he conducted in the last year of his life.

“That really opened up the possibilities for the film,” Wignot said. “He revealed things that certainly were not part of his, you know, public presentation of self.”

Ailey in the recordings talks candidly about his childhood in a segregated, impoverished Texas in the Depression, the deep wounds of a non-existent relationship with his father, the transformative experience of seeing a pioneer like Katherine Dunham dance and his own sexual awakening, which for him was a beautiful experience.

“There’s so few in particular Black institutions that survive their founders and it’s an extraordinary institution in that regard,” Wignot said. “But I wanted people to remember this kind of deeply passionate, vulnerable, sensitive person who is at the heart of it and whose presence you still feel.”

The Bill T. Jones project came about differently. Co-director Rosalynde LeBlanc, who herself had been a member of the Bill T. Jones/Arnie Zane Company, was restaging “D-Man in the Waters” in 2012 and felt that it wasn’t coming alive.

“That question as to why the dance was so elusive was really what fueled the project,” LeBlanc said. “Originally, I wanted to put the piece in its historical context. The idea was to create an immersive experience for the students so they could understand the birth of the piece.”

In 1988, Zane, who was Jones’s co-director and romantic partner, died of AIDS complications. While creating a new dance after the loss, based around water and waves, one of the dancers in the company Demian Acquavella (D-Man) was also diagnosed with AIDS. In this context, the dance took on a different tenor and became about survival in the face of an epidemic.

LeBlanc enlisted noted documentary cinematographer Tom Hurwitz for help creating the piece. But soon they realized their small project had evolved into something bigger and distinct from the other documentaries about Jones.

“I’ve been doing this for a really long time and this was certainly one of the very, very best set of interviews I’ve ever shot in my life,” Hurwitz said. “The dancers, their experience was so rich, their ability to convey it was so rich, the accessibility of their emotions and just their personalities were so vibrant that it really felt to me like this was a big story. The story that they were telling was so much bigger than just this simple dance. It was a story that really talked about the role of art in the human experience and the necessity for art and community in the face of the catastrophes that befall us regularly.”

So they decided to dive in and make a feature, although it took a little longer than either thought at the time.

“He really is one of the most impactful and preeminent artists of our time,” LeBlanc said. “And if that 14-year-old-kid, a young Black boy in a class who loves to move, could see this film one day and be like ‘being a choreographer is an option?’…that would be incredibly gratifying to me.” 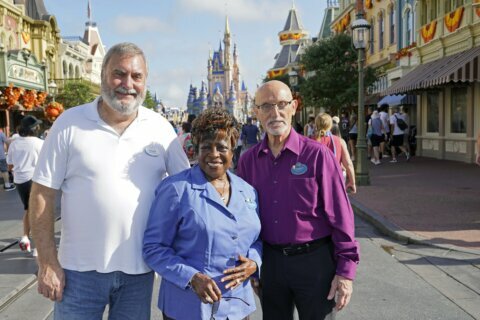 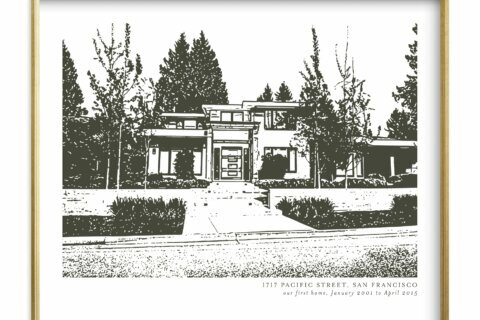