Days after the British performer belted Aretha Franklin’s “Ain’t No Way” during a red carpet interview at the 2019 Tonys — explaining that it’s her guilty pleasure song — she got a call from the producers of the National Geographic series “Genius: Aretha.”

“I was like, ‘I beg your pardon,’” she continued. “In my head I’m like, ‘There is another film happening and I’m excited to see that, so what is this?’”

NatGeo had already completed series on Albert Einstein and Pablo Picasso, and wanted to focus on the life of Franklin, who died 2018 and was arguably the greatest singer of all time.

When Erivo went to meet with the producers, she had a bit of an epiphany.

“Nothing else was playing in the hotel, it was just mood music,” she said. “All of a sudden ‘Day Dreaming’ comes on as I go to sit down. I’m like, ‘Am I the only one that noticed that?’”

Laughing with a huge smile on her face, she continued: “I was like, ‘Either you planned that or someone’s trying to tell me something.’’”

Fast forward two years and Erivo is playing the Queen of Soul in the eight-episode series debuting March 21. “Respect,” a film about Franklin starring Jennifer Hudson, will be released in August.

Erivo’s exceptional performance in Broadway’s revival of “The Color Purple” won her a Tony, Emmy and Grammy, and she was a double Oscar nominee last year for “Harriet.” In an interview with The Associated Press, edited for clarity and brevity, the 34-year-old talked about meeting Franklin, playing icons on-screen and more.

AP: What does Aretha mean to you?

ERIVO: She means the world to me. As a singer, I truly believe that my job is to communicate and tell the stories that sometimes are difficult for people to tell for themselves … Aretha did that with her eyes closed. She had a wonderful way of communicating the things that she had been through, through song.

AP: She has this thing by which she can take someone else’s song and make it her own.

ERIVO: Totally and it’s such a special thing. Not only does she take the song and make it her own, she takes the song and you forget it was someone else’s. That to me, it’s a really special thing that she was able to do. I don’t know that people realize that “Respect” wasn’t her song first.

She finds messaging in songs, in music that you didn’t realize were there in the first place. I don’t know how, but she always managed to find a way into a song that you didn’t know existed. I know that this might not be a popular opinion but when she did her version of (Adele’s) “Rolling in the Deep,” I was like, “Huh, never heard this song like this before. Didn’t think about this song like this before.” At that point because she was an older woman singing this song, you’re like, all the experience that this person must have gone through to get to this point, I didn’t hear this before. Now I’m hearing it with her voice. She was one of a kind, truly.

AP: Did you get a chance to meet her?

ERIVO: I met her the first time when she’d come to a performance of “The Color Purple.” I didn’t know she was there. When I saw her, I felt like an idiot because I was just in shock. There is Miss Aretha Franklin standing in front of me and I’ve just finished singing a show in her presence, oh my goodness. How do I do this? She was funny and lovely. She sang the last line of “I’m Here” back to me. That was a moment I had to put my heart back together. I was like, “This is happening for real.” She was wonderful. When you meet someone like that, you don’t think they’ll remember your face. I met her again at the Kennedy Center Honors. I was singing the very first time I did it. She remembered me. She said, “You’re the girl who was in that play. You can sing. You can sing.” I was like, “Yes that’s me. Thank you very much.” I remember she was wearing red. My favorite thing about that day was when I saw the recording of it, when it finally aired, during my performance they pan to Aretha and she’s singing along with her eyes closed.

AP: Were you hesitant to play her?

ERIVO: It’s about wanting to make sure you do her justice (and) put as much truth in it as you possibly can. There is only one Aretha Franklin so no one can be Aretha Franklin, but you can put as much grace and truth into the re-enacting of her, the realization of her so you can tell the story in the right way. I guess if I wasn’t nervous, I wouldn’t care.

AP: How do you feel about the people who say, “Cynthia doesn’t really look like Aretha?”

ERIVO: No, in the same way that Diana Ross didn’t really look like Billie Holiday, but she did an incredible, incredible job when she did “Lady Sings the Blues.” … I don’t think anyone does look like Aretha. If you found someone who looks like Aretha who couldn’t do the work, who can’t sing the songs, then that’s where you have a problem. I’d rather someone that doesn’t look like her but can give me the essence.

AP: Are you excited to see the Jennifer Hudson version?

ERIVO: When (he died) I really did have that thought. I thought to myself, “What a wonderful legacy to leave behind. To be the person we could look to who was telling the stories of these incredible men who wouldn’t have had their stories told if he didn’t exist.” I guess it was like a wakeup call. This is the job at hand. Maybe this is part of your calling — to be able to tell these stories when others are finding it hard to let them come to the forefront. Maybe it’s my job to be me in it or me creating it, making sure someone is in it. That’s also the task at hand for me.

AP: There’s been so much conservation about Black British actors taking roles away from Black American actors. What are your thoughts on that?

ERIVO: I hope we get to a place where we understand that my telling a story doesn’t mean the story can’t be told again. I think the way I tell a story is one version and this just should serve as the introduction to someone else going, “Oh I’m going to tell the story again.” We have many stories, many versions of the Marilyn Monroe story … we have many versions of Abe Lincoln. There are so many versions of these stories, but our stories aren’t told over and over again. We don’t have that. I hope that this only serves as fire. We’ve had it told once, let’s tell that again. Let’s tell this part of the story.

Harriet’s story isn’t done yet. She lived until she was 91. I think my story ended when she was 40-something, 45. We have another 45 years of life to tell because she did keep going. I haven’t seen that story yet. I hope someone tells that story. I hope someone goes back and tells just the specific story about the war. I hope someone goes back and tells the specific story about her suffrage life. There’s so much scope. She was a spy. We don’t know that yet. I think our story on Aretha goes to the late 80’s, early ’90s. We have another 20 years of story left to tell.

As a British actress, before I am that I’m a Black woman. My job is just to tell the story just as truthfully as I possibly can. That doesn’t have to be the only story that gets told. My version shouldn’t be the only version to get told. I hope many versions get told. I think we always think this is the only and the last and it shouldn’t be. Hopefully outside of being the actress I can create a space where the stories that we want to be told again get told again.

Viola Davis is named Hasty Pudding Woman of the Year 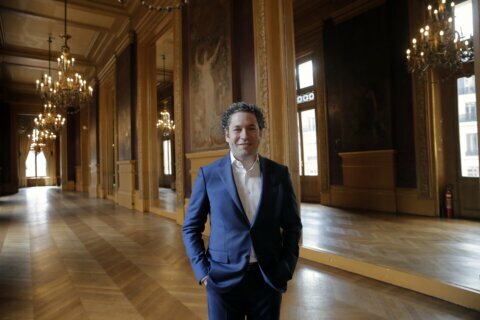 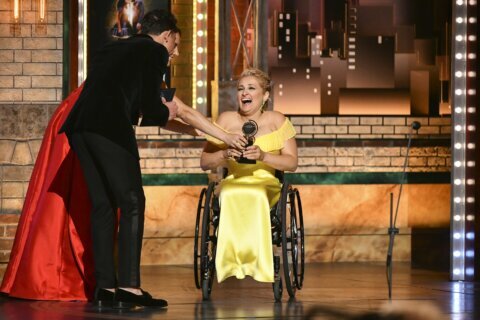