WASHINGTON (AP) — President Donald Trump’s apocalyptic views of voting by mail are baseless, according to research into election fraud and the record. Despite that, he’s now floated the idea of delaying the election until it can be held “properly.”

A look at his statements on the matter Thursday and how they compare with the facts:

TRUMP: “With Universal Mail-In Voting (not Absentee Voting, which is good), 2020 will be the most INACCURATE & FRAUDULENT Election in history. It will be a great embarrassment to the USA. Delay the Election until people can properly, securely and safely vote???” — tweet.

THE FACTS: He’s produced no evidence that such a flawed election is in the offing for Nov. 3.

Trump has persistently theorized about rigged elections and never supported those theories with facts. He appointed a commission to get to the bottom of voter fraud and it disbanded without making any findings.

Just days ago, Attorney General William Barr testified to Congress that he didn’t have evidence that foreign countries could use fraudulent mail-in ballots to change the outcome of an election in the U.S. Barr said it was “common sense” to think they would try.

Five states — Colorado, Hawaii, Oregon, Washington and Utah — relied on mail-in ballots even before the coronavirus pandemic raised concerns about voting in person this coming November. Those states say they have the necessary safeguards in place to ensure that a hostile foreign actor doesn’t co-opt the vote. More states intend to rely more heavily on mail-in voting for the same reason.

“Trump is simply wrong about mail-in balloting raising a ‘tremendous’ potential for fraud,” Richard L. Hasen, an elections expert at the University of California, Irvine, School of Law, wrote recently. “While certain pockets of the country have seen their share of absentee-ballot scandals, problems are extremely rare in the five states that rely primarily on vote-by-mail, including the heavily Republican state of Utah.”

Indeed, election experts widely say that all forms of voter fraud are rare. The Brennan Center for Justice in 2017 ranked the risk of ballot fraud at infinitesimal 0.00004% to 0.0009%, based on studies of past elections.

Trump himself voted by mail in the last Florida Republican primary.

And his own 2016 presidential election victory came at the pinnacle of a decadeslong trend away from in-person voting on Election Day.

Even so, he has sketched wild scenarios, recently imagining “thousands and thousands of people sitting in somebody’s living room, signing ballots all over the place.”

The Centers for Disease Control and Prevention specifically recommends states “encourage mail-in methods of voting if allowed in the jurisdiction,” given the coronavirus threat.

As for the extraordinary step of moving the Nov. 3 election, Congress, not the president, could theoretically act to change the date, which is set by federal law.

But a switch at this late stage would be extremely unlikely because Democrats control the House and would not support a delay. Top congressional Republicans also rebuffed Trump’s suggestion Thursday. Senate Majority Leader Mitch McConnell, for one, said the election date is set in stone.

TRUMP, on finding out who wins the election: “I don’t want to (be) waiting around for weeks and months. … I want to have the election. But I also don’t want to wait for three months and find out that the ballots are all missing.” — news conference.

THE FACTS: No one wants to wait days or longer to find out who won the election, but such a wait may be unavoidable. There’s certainly no requirement for a winner to be declared Election Night and the prospect of having to wait to know who won has not been used as justification to try to delay the vote itself.

State election officials in some battleground states recently warned it may take days to count an expected surge of ballots that people send by mail because they don’t feel safe showing up to the polls. In an election as close as 2016′s, a delayed tally in key states could keep the outcome from being quickly known.

Delayed results are common in a few states where elections are already conducted largely by mail. But a presidential election hasn’t been left in limbo since 2000, when ballot irregularities in Florida led to weeks of chaos and court fights.

Associated Press writers Christina A. Cassidy in Atlanta and Eric Tucker in Washington contributed to this report. 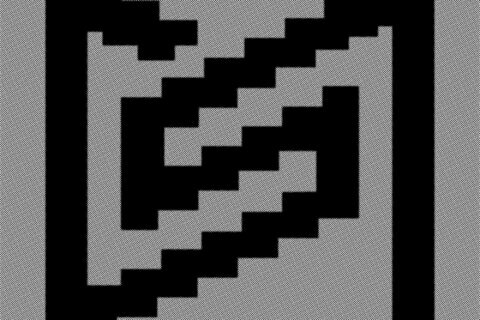