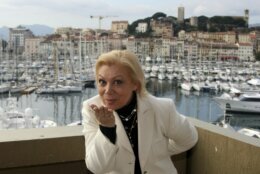 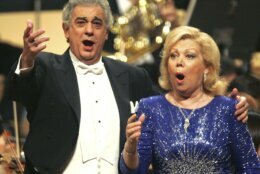 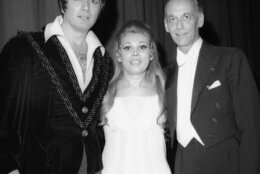 Mirella Freni, an Italian soprano whose uncommon elegance and intensity combined with a sumptuous voice and intelligence to enthrall audiences for a half-century, has died at age 84.

Freni died Sunday at her home in Modena, Italy, from a degenerative muscular disease and a series of stokes, according to her manager, Jack Mastroianni of IMG Artists.

She was the last in a line of Italian sopranos who prompted ovations with their entrances alone, a link to singers from the golden era and earlier such as Renata Tebaldi, Licia Albanese, Magda Olivero, Maria Caniglia, Amelita Galli-Curci and Luisa Tetrazzini. Broadway playwright Albert Innaurato dubbed Freni “the last prima donna.”

“She didn’t play the part of the prima donna. She was clearly the first lady on the stage,” said Chicago Symphony Orchestra music director Riccardo Muti, who conduced Freni many times at Milan’s Teatro alla Scala. “It’s another big piece of the chain of great Italian singers that is disappearing, and the future is not very beautiful. It is quite cloudy in the world of opera.”

When Freni made her Metropolitan Opera debut as Mimi in Puccini’s “La Bohème” on Sept. 29, 1965, at the old house, Zinka Milanov went backstage and told assistant manager Francis Robinson: “She’s so wonderful, this girl, she sounds like a young me.”

From her professional debut at Modena’s Teatro Municipale as Micaëla in Bizet’s “Carmen” on March 3, 1955, to her opera finale as Joan of Arc in Tchaikovsky’s “The Maid of Orleans” at the Washington National Opera on April 11, 2005, Freni chose roles with care and caution.

As video became increasingly important during the second half of her career, she thrived for her ability to connect as expressively with viewers at home as she did with the “loggionisti” up in La Scala’s gallery.

In a 2002 interview with The Associated Press, she recalled telling students during master classes to be wary of thinking solely about the notes on the score.

“It’s not enough to have a beautiful voice,” she said. “It’s the depth of interpretation that is different. To be a gifted artist, you have to be able to interpret in a certain way. Last year, I had a young Japanese singer, a lyric soprano. Beautiful. But it was just technique. I said, `My dear, listen a moment. If you have a scene with your lover and you have to tell him, I love you, do you scream out I LOVE YOU!?'”

Born Mirella Fregni on Feb. 27, 1935, in Modena, she changed the spelling of her stage name, thinking it would be easier to pronounce.

Her aunt was the soprano Valentina Bartolomasi, and young Mirella had the same wet nurse as the baby boy born 7 1/2 months later who would become Modena’s most famous singer: Luciano Pavarotti.

“You can see who got all the milk!” she once told author Fred Plotkin.

Their mothers worked in the same factory, and Freni said they sometimes dressed young Mirella and Luciano in identical clothing. Freni had old photos as proof.

“There was a special place in the tobacco manufacturer where my mother and the mother of Luciano, they worked together,” she said. “When we were little babies, we stayed for a long time. In the evening, when the mammas finished the work, they brought us home.”

Freni and Pavarotti traveled together to Mantua to study with Italian composer and teacher Ettore Campogalliani, who also taught Tebaldi, Renata Scotto and Carlo Bergonzi. Two years before his death in 2007, Pavarotti called Freni “a colossal, beautiful artist and person.”

After her debut at age 20, she married her teacher, the piano player and conductor Leone Magiera, in 1955. She took a break after marriage to start a family and resumed her career in 1958 as Mimi the Teatro Regio in Turin, Italy.

Freni gained attention at England’s Glyndebourne Festival, where she sang Zerlina alongside Joan Sutherland’s Donna Anna in a 1960 staging of Mozart’s “Don Giovanni” and Adina two years later in a Franco Zeffirelli production of Donizetti’s “L’Elisir d’Amore (The Elixir of Love).”

She debuted at London’s Royal Opera on May 10, 1961, as Nannetta in Verdi’s “Falstaff” and at Milan’s Teatro alla Scala as Mimi on Jan. 31, 1963, with Herbert von Karajan conducting in the premiere of the Zeffirelli staging. Karajan would become a significant supporter of the Italian singer.

He and Freni left a rich recorded legacy that includes “La Bohème,” Puccini’s “Madama Butterfly,” and Verdi’s “Aida,” “Don Carlo” and “Otello.” Among Freni’s notable recordings with other conductors are Verdi’s “La Traviata” with Lamberto Gardelli, “Simon Boccanegra” with Claudio Abbado and “Falstaff” with Georg Solti.

Notable videos from her career include Jean-Pierre Ponnelle’s movies of “Madama Butterfly” and Mozart’s “Le nozze di Figaro (The Marriage of Figaro)”, and John Dexter’s Met production of “Don Carlo” with Freni as Elisabetta.

But she chose never to sing a complete “Butterfly” on stage, though she performed the third act at a 1991 Met gala; she turned down Karajan’s entreaty to sing the title role in “Turandot” and limited a full performance of Puccini’s “Tosca” to a recording.

“She knew how to phrase musically and naturally the Italian melodies without exaggerating, without superficiality,” Muti said. “She went directly to the essence of the phrase.

She and Gianni Raimondi made their Met debuts on the same night in a performance led by Fausto Cleva.

“Beautiful to look at, an actress of simple naturalness and overwhelming intelligence, she used voice and gesture to create a Mimi of ravishing femininity and grace,” Alan Rich wrote in the New York Herald Tribune.

After an absence from U.S. stages, said by some to be caused by the tax issues that ensnared many singers, she returned with the Paris Opera’s tour in 1976 and gave memorable performances at the Met that included the roles of Marguerite in Gounod’s “Faust” and Susanna under Solti’s baton.

“Mirella Freni was one of the greatest sopranos to ever sing on the stage of the Met,” Metropolitan Opera General Manager Peter Gelb said in a statement Sunday. “Over a Met career that spanned four decades, Mirella was the consummate Puccini and Verdi heroine, always singing with beauty and grace and breaking the hearts of our audiences with her moving performances. If there was an operatic hall of fame, she would be enshrined unanimously on the first ballot.”

Freni expanded her repertoire late in her career, including verismo roles such as Cilea’s “Adriana Lecouvreur” and Giordano’s “Fedora.” At age 54, she joined Pavarotti for ravishing performances of the young lovers of “La Bohème” in conductor Carlos Kleiber’s Met debut.

Always a passionate soccer fan, Freni said there was tension between husband and wife when Italy played Bulgaria in the 1994 World Cup semifinals. She banished Ghiaurov to a different part of the house.

“If you stay in the living room, I will go in the bedroom,” she said.

Ghiaurov died in 2004. Freni returned to the Met the following year for a farewell gala. Following that performance, she turned down repeated requests to return to the stage.

She spent the remainder of her life teaching master classes and living in Modena.

“She will still live with us, here, where she was born and chose to live, where she gave so much and taught talented young people from the world,” Modena Mayor Gian Carlo Muzzarelli said.

Freni is survived by her daughter, Micaela Magiera, author of a book about the lives of her mother and Pavarotti, “La Bimba sotto il pianoforte (The Little Girl under the Piano)”; stepson Vladimir Ghiaurov, a conductor; stepdaughter Elena Ghiaurov, an actress; two grandchildren; and sister Marta.