NEW YORK (AP) — Actor Ron Leibman, who appeared in movies, theater and television in a career that spanned six…

NEW YORK (AP) — Actor Ron Leibman, who appeared in movies, theater and television in a career that spanned six decades and won a Tony award for Tony Kushner’s iconic play ”Ängels in America,” has died after an illness. He was 82.

Leibman’s agent, Robert Attermann, said the actor died Friday. He gave no further details, but a person who knew the actor, speaking on condition of anonymity, said the cause was pneumonia. Leibman is survived by his wife, the actress Jessica Walter.

In his lengthy career, Leibman played a huge variety of roles both dramatic and comic. He appeared in numerous films including “Norma Rae,” opposite Sally Field, and “Slaughterhouse-Five.” He won an Emmy award in 1979 for the short-lived CBS series “Kaz,” which he also created. He was perhaps best known on television for his role on “Friends,” though, in which he played Dr. Leonard Green, the father of Rachel, played by Jennifer Aniston.

A crowning moment of Leibman’s career was his leading-actor Tony in 1993 for playing the fearsome role of Roy Cohn, the conservative lawyer and chief counsel to Sen. Joseph McCarthy who died of AIDS in 1986. Leibman’s performance was called ”blood-churning” by New York Times critic Frank Rich, and “frenzied” by Associated Press critic Michael Kuchwara.

“I’ve been a professional actor for 35 years,” he said. ““Angels in America” is my tenth Broadway play, and this is my first Tony nomination. I hope you know in your hearts how deeply grateful I am to be here tonight.” Thanking his wife, Jessica, he quipped: “Maybe we can get an apartment with a washer-dryer now.”

Sally Field, who won an Oscar for “Norma Rae,” playing a textile worker to Leibman’s labor organizer, paid tribute to the actor on Twitter.

”So many of the best memories of my career have Ron Leibman in them,” Field wrote. She thanked him “for being my champion.”

“Ron was an incredibly talented actor with a distinguished career in film, TV and theater,” said Attermann, his agent. “Our thoughts go out to his wife, Jessica, and his family.” 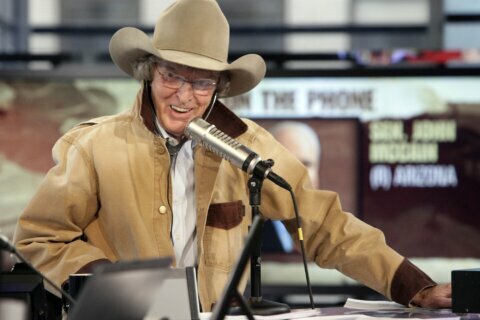