Jessye Norman’s illustrious opera career and extraordinary artistry was honored at her public funeral. So was Jessye Norman the loyal friend, the humanitarian, the teacher and the person not only celebrated for her golden voice, but for her heart of gold.

Several speakers at Saturday’s four-hour service, from family members to close friends to former colleagues, recalled intimate dinners Norman held at her home — one friend called her cooking “immaculate” — while others told stories about Jessye Norman, the goddess and diva who essentially walked on air. Norman also was recognized as a black pioneer in the arts world who was proud of her Georgia roots and spoke publicly about the challenges she faced in career and called out racism.

The funeral took place in Norman’s hometown of Augusta at the William B. Bell Auditorium. Laurence Fishburne, the Emmy- and Tony-winning actor who was born in Augusta, told the attendees as a struggling young actor looking for inspiration, he looked at photos of great artists, from Miles Davis to Zora Neale Hurston to Duke Ellington to Norman.

“It made me feel connected to something bigger than myself,” Fishburne said, adding that his black-and-white photo of Norman revealed someone energetic, whimsical and vulnerable. “So I am here at the request of Jessye’s family to grieve with you, to say thank you to God for sharing her with us and the world, to celebrate her life, her good words, her accomplishments, and to praise her for using her talents, her gift, her compassion, her intellect to lift all of us up a little higher.”

Fishburne, 58, said he wasn’t a close friend of Norman’s, but said she would visit him when he performed onstage.

“I would always, always be incredibly grateful and humbled by her praise, and now I finally understand this feeling I couldn’t describe then. It was something familial about the way that she spoke with me and dealt with me. I felt like she was one of my aunts. And so in fact I have learned since yesterday that in fact she is.”

Norman died Sept. 30 at age 74. The trailblazing performer was one of the rare black singers to attain worldwide stardom in the opera world and her passionate soprano voice won her four Grammy Awards, the National Medal of Arts and the Kennedy Center Honor.

Several people spoke passionately onstage as they remembered Norman and honored her life.

“When she arrived, when she made an entrance, we knew that God had blessed us with a majestic diva,” he continued. “When she spoke it was tremendous. She spoke unafraid and unapologetic about being black in America, yet she attained the summit and the heights of ecstatic proclamation as one of the world’s greatest singers — and yet she never forgot where she came from.”

Clive Gillinson, the executive and artistic director of New York’s Carnegie Hall — where Norman was on the board — called the icon “one of the greatest singers who ever lived, not just of our day”; Norman’s goddaughter, Lydia Saylor, recalled stories of Norman giving her vocal lessons and said her godmother gave her her first job out of college; and Augusta Mayor Hardie Davis Jr. May told the attendees, “May we in the city of Augusta take this day and forever allow it to make us better because of the life of one Augusta daughter.”

Norman was a wide-ranging performer who knew no limits. She sang at such revered houses as La Scala and the Metropolitan Opera, performing title roles in works like “Carmen,” ?Aida” and more. She sang the works of Wagner, but was not limited to opera or classical music, performing songs by Duke Ellington and others as well.

In an interview she profoundly said, “Pigeonholing is only interesting to pigeons.”

Norman was born on Sept. 15, 1945, in Augusta in segregationist times. She studied at Howard University, the Peabody Conservatory and the University of Michigan. She made her operatic debut in 1969 in Berlin, wowing audiences on stages in Milan, London and New York thanks to her shining vocals, no matter the language. The New York Times described her voice as “a grand mansion of sound.”

In 1997, at age 52, Norman became the youngest person ever to earn the Kennedy Center Honor in the organization’s 20-year history at the time. She received her National Medal of Arts from then-President Barack Obama and has earned honorary doctorates from a number of prestigious schools, including Juilliard, Harvard and Yale.

Hundreds paid their respects to Norman during visitation Thursday and Friday at Mt. Calvary Baptist Church and Augusta named a street for her Friday just outside the Jessye Norman School of the Arts. 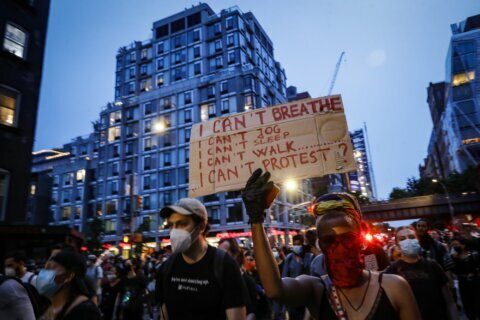