SALZBURG, Austria (AP) — Plácido Domingo received a standing ovation as he took to the stage at the Salzburg Festival…

SALZBURG, Austria (AP) — Plácido Domingo received a standing ovation as he took to the stage at the Salzburg Festival on Sunday, a concerted show of support at his first performance since nine women accused him of sexual harassment in a report by The Associated Press.

Domingo and his co-stars in a concert of Verdi’s tragic opera “Luisa Miller” all shared in 10 minutes of applause at the end of the show — but a standing ovation at the start of the show was for the 78-year-old opera legend alone. The singers walked out single file and the applause intensified as Domingo, second to last, appeared from behind the curtain, growing to a crescendo until most of the house was on its feet.

“Wonderful public, good performance all, I mean so much love from the public,” Domingo said after the show as he signed autographs at a side entrance for dozens of fans, many whom said they have followed the opera legend for decades.

The Domingo accusations have divided the opera world. Two U.S. opera houses immediately canceled planned appearances. European opera houses have so far confirmed engagements scheduled through November 2020, in what some see as an effort to slow a perceived rush to judgment in the #MeToo movement.

At the Salzburg Festival, the divide was largely viewed as geographical, with many seeing the seeing the case as a virulent form of particularly American political correctness and expressing outrage that U.S. engagements had been canceled without any judicial evidence of the claims, and with eight of the accusers maintaining anonymity.

“Domingo has wiped aside all the lies. He was great,” said Michael Burggasser, a German literature teacher in Vienna, who says he has appeared as an extra in productions featuring Domingo in the past.

“It was an outstanding performance,” Burggasser said. “But it was also a public rehabilitation of Mr. Domingo. Because when the people stood up in the beginning and cheered for him – that expresses their support for him. And this great man deserved it. These accusations are ridiculous and just not true.”

Domingo received unwavering support from the festival, as well as his co-stars. Both soprano Nino Machaidze and tenor Piotr Beczala praised Domingo and the audience for their support as they greeted fans after the show.

“He was concentrated on the work. He was wonderful, everything was dazzling,” Beczala said.

The AP story published last week detailed extensive allegations of sexual harassment by nine women against Domingo that spanned decades, starting in the 1980s. The women accused Domingo of using his power at the LA Opera, where he has been the longtime general director, and elsewhere to try to pressure them into sexual relationships. Several of the woman said he dangled jobs and then sometimes punished them professionally if they refused his advances. Allegations included repeated phone calls, invitations to hotel rooms and his apartment, and unwanted touching and kisses.

In a statement to the AP, Domingo called the allegations “deeply troubling and, as presented inaccurate” and said he believed his interactions with the women to be consensual. He hasn’t spoken publicly about the allegations since the article was published.

As he greeted fans, Domingo declined to discuss the accusations saying, “No, I cannot.”

Culture writer Hedwig Kainberger wrote in the Salzburger Nachrichten this week that there was no reason for Domingo not to sing at the festival. She noted that he has never had the sort of political power at the Salzburg Festival that he has in some U.S. opera houses.

“However, Plácido Domingo has benefited a lot from public fame,” Kainberger added. “Therefore, in addition to the jubilation, he should also bear the criticism, listen to the protests, participate in the clarification and muster the courage to make any confessions.”

Domingo’s super fans were hearing none of that, persuaded that the U.S. reaction was an exaggeration. They shouted “Bravissimo” and “Victory” as Domingo crossed the street with his wife Marta and son Alvaro, who had accepted flowers before the show from fans waiting outside. Marta took a cellphone video of the adoring crowd.

Anne-Marie Lindauer, who says she has seen more than 200 Domingo performances over three decades, said she will never again go to the U.S. opera houses that have canceled him. “That’s prejudice,” she said. “Such anonymous allegations would not work like that in Europe.”

American Kathleen Carlson said the “Luisa Miller” concert featuring Domingo was part of a five-opera European tour she is on, but that she never considered skipping after hearing of the allegations.

“It didn’t bother me,” Carlson said. “The #MeToo movement in the United States, is kind of getting on my nerves as a female. People are coming out of the woodwork, and I mean, I understand it, but why did we wait so long. Is it just because it is the thing to do now?” 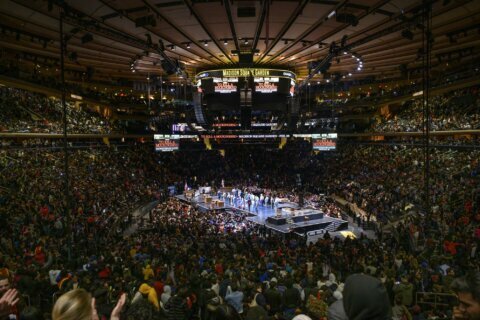 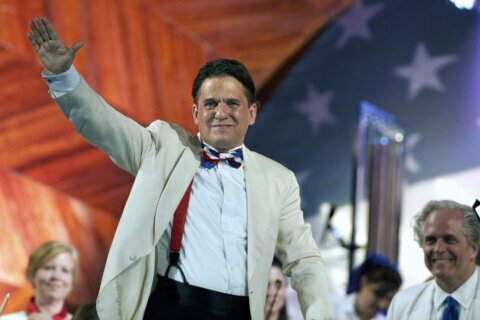