CARACAS, Venezuela (AP) — Carlos Cruz-Diez, a leading Venezuelan artist who won international acclaim for his work with color and…

CARACAS, Venezuela (AP) — Carlos Cruz-Diez, a leading Venezuelan artist who won international acclaim for his work with color and the style known as kinetic art, has died in Paris. He was 95.

“Your love, your joy, your teachings and your colors, will remain forever in our hearts,” said a family statement posted on Cruz-Diez’s art foundation website. It did not give a cause of his death on Saturday and said funeral services will be private.

Cruz-Diez developed a reputation as one of Latin America’s most prominent artists in the second half of the 20th century. His installations have been featured in major international art museums and public spaces. His work has recently been on display in exhibitions in Paris, London, Saudi Arabia and Panama, his website said.

“Your work transcended barriers and filled us with pride as Venezuelans,” said opposition leader Juan Guaidó, who is in a power struggle with President Nicolás Maduro as the country endures a humanitarian crisis.

“I’m not from the past, I’m from today,” Cruz-Diez said in an interview with The Associated Press in New York in 2008. He said he defined himself as an “explorer.”

Cruz-Diez explored “the ambiguity of color,” sometimes creating art with transparent strips of material that filtered light and showed different color combinations to viewers moving around his artwork, his website said.

Cruz-Diez studied art in Caracas and, after graduating, worked as an artistic director for the U.S. advertising agency then known as McCann Erickson and illustrator for Venezuela’s El Nacional newspaper.

In 1957, he founded a visual arts school in Caracas and moved to Paris two years later to pursue art. He made his home in France, teaching and eventually becoming a French citizen in 2008.

“Art always inspired me. But in my youth, and I think this happens to a lot of Latin Americans, one feels marginalized, the world of art was always distant for us,” Cruz-Diez told the AP in another interview in 2009.

Latin America was in a state of “cultural dependence” early in his career, he said.

“We went to Europe to look for information. Impressionism and other movements reached us 30 or 40 years late,” he said.

On Sunday, visitors at a Caracas museum named after Cruz-Diez perused the artist’s installations in bright neon colors as well as framed images with intricate lines and patterns.

“He was an eternal optimist,” said Evelyn Schwarts, who brought her daughter to the museum to pay tribute.

Cruz-Diez was born in Caracas on Aug. 17, 1923 and his work was incorporated into the city as it expanded with the help of Venezuela’s booming oil industry, starting in the 1970s. His stunning, chromatic work on the floor of the international airport was unveiled at a time when the building was an icon of modernity.

Today, Venezuela’s economic problems have forced millions to leave the country. Some migrants take photos of themselves at the airport artwork as a last memory of their homeland before departing.

In 2015, Cruz-Diez completed his biggest North American commission for the law firm Covington, according to Houston-based Sicardi Gallery, which was involved in the project. It was installed in a downtown area in Washington.

“Cruz-Diez’s Transchromie spans two corner glass walls, and is visible from inside and outside the building. As light enters the building, the installation casts vibrant shadows of color on the floor and walls of the interior,” Sicardi says on its website.

“I always thought art shouldn’t be isolated from society, art is a way of communication. It shouldn’t be closed within four walls,” Cruz-Diez had told AP. “So I always liked to get in the street, do it in the best way, be sincere and offer it to everyone.” 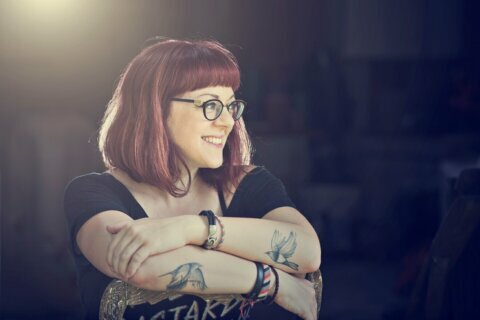 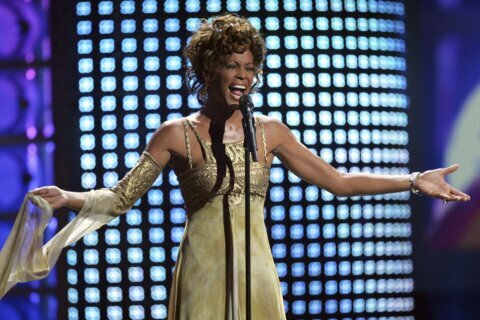