ALEXANDRIA, Va. (AP) — A Northern Virginia businessman who was awarded $38 million in federal contracts to provide high-quality masks during the coronavirus pandemic that he never possessed pleaded guilty Wednesday to fraud and making false statements.

Robert Stewart, 35, of Arlington, was owner of a company called Federal Government Experts that won contracts from the Federal Emergency Management Agency and the Department of Veterans Affairs after he told the agencies he had N95 masks and other personal protective equipment available.

At a plea hearing in federal court in Alexandria, Stewart admitted he never provided any equipment.

Prosecutors say the government lost no money on the contracts because he was to be paid on delivery.

But the government was cheated out of more than $330,000 in two other schemes. In one, Stewart obtained more than $260,000 by submitting fraudulent loan applications for government programs designed to help businesses during the pandemic.

He also illegally obtained more than $70,000 in VA benefits by falsely claiming he served in the Marine Corps and received multiple commendations. Stewart in fact served in the Air Force, not the Marines.

“Stewart’s fraudulent conduct during a critical time in our Nation’s fight against COVID-19 undermined the government’s ability to provide much needed PPE to the community, including to the front-line health care workers serving our military veterans,” said Raj Parekh, acting U.S. attorney for the Eastern District of Virginia, whose office prosecuted the case.

Stewart will be sentenced in June. His lawyer, Robert Jenkins, said in an emailed statement that Stewart “is truly regretful for his actions which led to his guilty pleas today. He fully accepts responsibility for his conduct. While he does not deny making poor judgments which led to misrepresentations, the complete facts would support the conclusion that it was not his original intent to misrepresent his ability to deliver the personal protective equipment.” 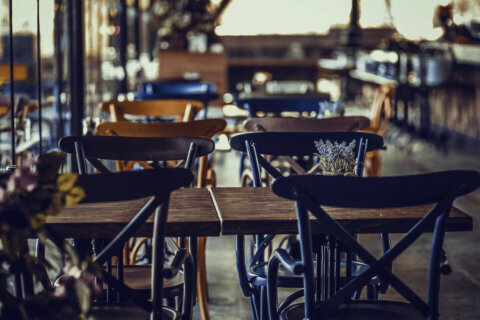