An Arlington man has been charged after police say he assaulted a victim, started a fire and pushed an infant in a stroller toward the flames. See photos from the scene.
Listen now to WTOP News WTOP.com | Alexa | Google Home | WTOP App | 103.5 FM

WASHINGTON — An Arlington man faces several felony charges in the case of a fire in a high-rise on Columbia Pike that resulted in lane closures on Saturday morning.

Demetrius Antonio Taylor, 27, started the fire after a disagreement with a woman he knew, Arlington police say. During an argument, Taylor physically assaulted the victim then set fire to a floor mat.

According to police, as smoke and fire began to fill the apartment, Taylor then pushed an infant in a stroller toward the flames and ran.

After he fled the scene, the victim was able to rescue the infant and escape the apartment. 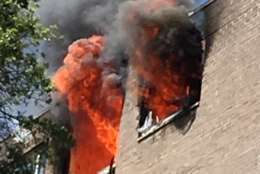 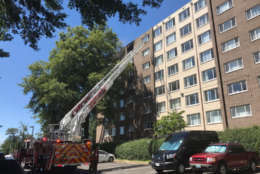 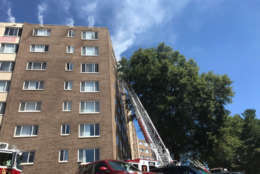 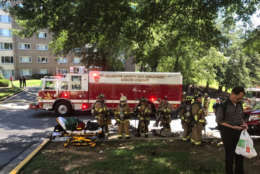 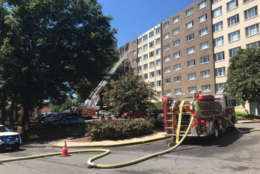 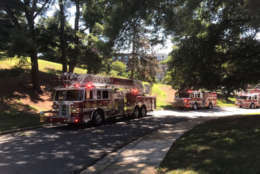 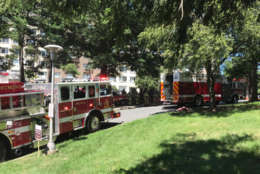 Police say the victim and the infant were evaluated by medics at the scene.

Taylor was arrested later Saturday around 4:30 p.m. after police were notified that he had returned to the area. He was arrested without incident but became aggressive during questioning.

Police say Taylor kicked through a wall, spat on and threatened officers.

Taylor’s felony charges include arson, child endangerment, destruction of property and assault on law enforcement. He is also being charged with misdemeanor assault and battery.

The investigation is ongoing. Police ask anyone with information about this incident to call 703-228-4169 or email NKbrooks@arlingtonva.us.

The building that caught fire is located in the 5500 block of Columbia Pike. Below is a map of the area where police say the incident occurred.