Police in Maryland say a homeowner shot and killed a man who he said threatened him and drove to his house on an electric scooter.
Listen now to WTOP News WTOP.com | Alexa | Google Home | WTOP App | 103.5 FM

PASADENA, Md. (AP) — Police in Maryland say a homeowner shot and killed a man who he said threatened him and drove to his house on an electric scooter.

Anne Arundel County Police spokeswoman Sgt. Jacklyn Davis says officers responded to a call from the unidentified homeowner Wednesday morning. He told officers a man who had been threatening him was on the way to his home.

The Capital reports Davis says an officer arrived six minutes later and encountered the homeowner running out, reportedly saying “help me, help me, I shot him.”

Davis says the officer tried to administer aid, but the victim was pronounced dead. Police didn’t say if he was armed.

Neighbor Carli Tilghman told WBAL she saw a man pull up to the home on a scooter and later heard gunshots. 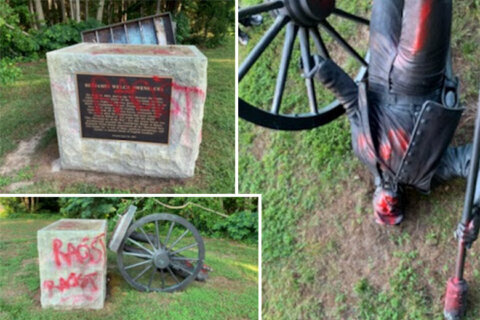