SALEM, Ore. (AP) — A state lawmaker in Oregon is using thousands of pages of redacted documents he sought for more than a year to launch legislation demanding more accountability and oversight of a primate research facility with a long history of complaints.

Incidents at the Oregon National Primate Research Center, associated with Oregon’s largest hospital, include one in which two monkeys died after being placed into a scalding cage-washing system. Other animals perished from neglect. Workers have low morale, some have been drinking on the job, and dozens have complained about dysfunctional leadership, the documents show.

The problems at the facility in suburban Portland, Oregon, have surfaced amid a sharp debate between animal rights activists who believe experimenting on animals is unethical and researchers who say the experiments save and improve human lives.

The U.S. moved a small step away from animal testing when Congress passed a bill, signed into law by President Joe Biden in December, that eliminated the requirement that drugs in development undergo testing on animals before being provided in human trials. Advocates want computer modeling and organ chip technology to be used instead, though the Food and Drug Agency Administration can still require animal tests.

“Reasonable people can disagree on whether using animals for medical research is scientifically valid or ethical,” Oregon Rep. David Gomberg said in an interview. “But we have to agree that it’s not being done very well here in Oregon.”

After the scalding incident, Gomberg filed a public records request to learn more about the research center. He had to wait for 17 months and pay a $1,000 fee to obtain thousands of pages of redacted internal documents.

The documents revealed that dozens of center employees warned that a leadership culture which cuts corners, deflects responsibility and lacks accountability sets the stage for other tragedies.

Gomberg is now behind a bill in the Oregon Legislature calling for greater transparency, accountability and oversight of the center, which is run by Oregon Health & Science University.

Asked to comment on the issues raised by Gomberg, OHSU sent a statement from Peter Barr-Gillespie, the university’s chief research officer and executive vice president, in which he said faculty and staff at the primate center “understand and embrace the responsibility to provide compassionate and leading-edge veterinary care that comes with the privilege of working with animals.”

“While human error and the unpredictable behavior of undomesticated animals are impossible to completely eliminate, we strive to do everything in our power to employ best practices in engineering, training and supervision to protect against them,” Barr-Gillespie said.

The Oregon facility was cited for more violations between 2014 and 2022 — with 31 violations of the federal Animal Welfare Act — than any of the six other primate research centers funded by the National Institutes of Health, according to a Jan. 19 report from InvestigateWest, a Seattle-based investigative journalism nonprofit.

In their petition, the Oregon employees — whose names were redacted in the version obtained by Gomberg — said they were devastated by the deaths of the two monkeys, named Earthquake and Whimsy, in August 2020. One of the monkeys died from the scalding water after the cage it was in was accidentally placed in an industrial washing machine. The other survived but had to be euthanized because of its injuries.

“Many of us now grapple with doubts about our purposes here and about our investments in our careers. Our love for these animals leaves us torn between a deep sense of responsibility for stewarding these animals’ welfare and a profound uncertainty of (leadership’s) willingness to enact meaningful reform,” the employees wrote.

“My focus with this legislation is simply on accountability and transparency and letting the public know exactly what’s going on at this facility,” Gomberg said.

In October, OHSU agreed to pay $37,900 to settle a federal fine for Animal Welfare Act violations between 2018 and 2021, including incidents in which a monkey was euthanized after its head got caught between two PVC pipes; voles who died of thirst; gerbils who died of starvation; and the scalding incident.

Barr-Gillespie said appropriate measures are taken to prevent a recurrence of incidents and that animal studies are conducted only when other methods are inadequate or too dangerous for human participants.

Research at the Oregon center has contributed to a compound that promotes the rebuilding of the protective sheath around nerve cells that is damaged in conditions such as multiple sclerosis, identification of a gene that could lead to development of medication to prevent and treat alcoholism and improved understanding of brain injury and repair, among many other advances, Barr-Gillespie said.

Gomberg, though, said “there are systemic problems within the institution that need to be addressed.”

“I haven’t seen anything that indicates to me that there aren’t more problems on the horizon,” the lawmaker said. 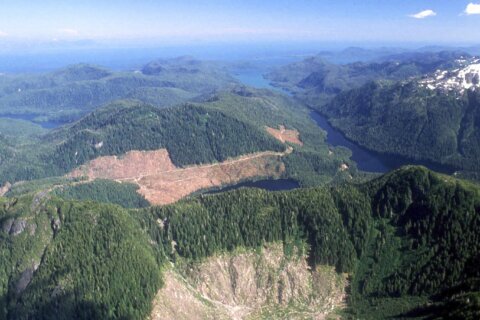