Before Sunday’s game against the Pittsburgh Steelers, the Dolphins hadn’t intercepted an opposing quarterback since the season opener against New England. However, despite a scoreless second half, Miami held on to defeat the Steelers 16-10 Sunday night thanks to two interceptions of rookie quarterback Kenny Pickett in the game’s closing minutes.

Tua Tagovailoa got the Dolphins off to a fast start in his return from a concussion, and Miami (4-3) snapped a three-game skid that began on Sept. 29, when Tagovailoa was concussed in a loss at Cincinnati. He also took a hard hit four days earlier in a win over Buffalo that led to changes in the NFL’s concussion protocol.

“It’s not an easy thing to do,” Dolphins coach Mike McDaniel said. “We were on a Thursday night game in Cincinnati when he last played. Those games, you don’t have full-speed practices. So his last full-speed practice was before the Buffalo game, which was the third game of the season. It’s to his credit.”

The Steelers had two chances to take the lead late in the game.

With about three minutes left at the Miami 30, safety Jevon Holland jumped in front of Pickett’s third-and-16 pass intended for Diontae Johnson and returned it 33 yards.

The Dolphins punted on the next drive, and Pickett drove the Steelers to the Miami 25 with 25 seconds left after a 21-yard pass to tight end Pat Freiermuth. Cornerback Noah Igbinoghene intercepted Pickett’s second-down pass at the goal line and tapped his feet in bounds to end Pittsburgh’s hopes.

McDaniel opted not to have Jason Sanders kick his fourth field goal of the game midway through the third quarter for a two-score lead. Running back Chase Edmonds was stuffed for no gain on fourth-and-3 from the Pittsburgh 13.

The decision loomed large as Miami punted on its next five possessions. But Pittsburgh simply didn’t take advantage, punting five times in the second half.

Jaylen Waddle led the Dolphins with 88 yards receiving, and Tyreek Hill, the NFL’s receptions and yards leader, had 72. Neither player has caught a touchdown pass since they both caught two in Miami’s Week 2 win against Baltimore.

The Steelers (2-5) fell short a week after they held off Tom Brady and the Tampa Bay Buccaneers at home.

“They made the necessary plays to secure victory, man, and really, we didn’t,” said Steelers coach Mike Tomlin, “and oftentimes, particularly when’s it’s a defensive battle the way the game developed into, it’s about who catches the interception opportunities and who doesn’t.”

Tagovailoa finished 21 of 35 for 261 yards and an 8-yard touchdown pass to Raheem Mostert on the Dolphins’ opening drive. Miami added field goals by Sanders on its next two possessions to lead 13-0 at the end of the first quarter.

“A lot of things need to be corrected offensively,” Tagovailoa said. “It starts with me. But we’ll take the win.”

Pittsburgh got within 13-10 in the second quarter when Pickett hit rookie receiver George Pickens for a 7-yard touchdown to conclude a 13-play, 86-yard drive. Pickens, who finished with 61 yards, twisted his body to make the catch and tapped both feet in bounds before rolling out of the end zone.

Pickett, who was cleared from the NFL’s concussion protocol Friday, was 32 for 44 for 257 yards with one touchdown and three interceptions.

“I think there is some things to build on,” Pickett said. “Turnovers, they can’t happen. That cost us the game. I got to fix that. I’ll be in there tomorrow working on it.”

Tagovailoa drove the Dolphins 56 yards in 1:48 to set up Sanders’ third field goal, a 47-yarder that made it 16-10 just before halftime.

Miami continued to move the ball effectively on its first possession of the third quarter before McDaniel’s decision to go for it on fourth down backfired.

“I felt pretty good about it working out. It didn’t,” McDaniel said. “That’s something I take full responsibility for. Luckily, the rest of the team had that decision’s back.”

After that, the Steelers’ defense clamped down. Miami managed just two offensive first downs the rest of the game.

Tagovailoa didn’t waste time getting acclimated with the opposing defense in his first game back. He lowered his shoulder on a scramble in the first quarter and took a hit from Steelers linebacker Devin Bush.

“I can see the first down,” Tagovailoa said. “To me, they were close calls. OK, maybe, if I do just put my shoulder down, maybe I can get forward progress. That was all it was. I wasn’t trying to be Superman or a superhero out there.”

McDaniel said early this week that he’d talked to Tagovailoa about conceding plays to protect himself on the field, but he knows that doesn’t come easily for the third-year quarterback.

“He immediately, the next series after the first time he did it was like, ‘Coach, I’m sorry. I needed that. I just needed that,’” McDaniel said.

Dolphins: Safety Brandon Jones was helped off the field in the third quarter after injuring his knee. He did not return. Miami’s secondary could barely afford more injuries, with CBs Nik Needham (Achilles), Keion Crossen (knee) and Kader Kohou (oblique) out.

Steelers: At Philadelphia next Sunday.

Dolphins: At Detroit next Sunday. 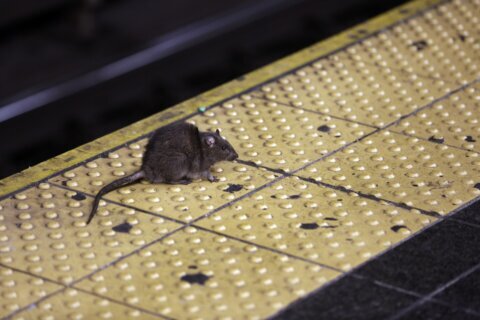