Holidays: Where to see holiday lights | Santa's back with inflation, inclusion on his mind | 4 ways to limit your holiday debt | Inflation 'definitely a guest' at holiday celebrations this year
Home » Animals & Pets » Climate migration: Alaska village…

SHISHMAREF, Alaska (AP) — Search online for the little town of Shishmaref and you’ll see homes perilously close to falling into the ocean, and headlines that warn that this Native community on a border island in western Alaska — without access to main roads to the mainland or running water — is on the verge of disappearing.

Climate change is partially to blame for the rising seas, flooding, erosion and loss of protective ice and land that are threatening this Inupiat village of about 600 people near the Bering Strait, just a few miles from the Arctic Circle. Its situation is dire.

All of this is true. And yet, it is only part of the story.

The people of Shishmaref “are resourceful, they are resilient,” said Rich Stasenko, who arrived to Shishmaref to teach at the local school in the mid-’70s and never left. “I don’t see victims here.”

Yes, residents have voted twice to relocate (in 2002 and 2016). But they haven’t moved. There’s not enough money to fund the relocation. The places chosen are not optimal. And perhaps, most importantly, there are no places like Shishmaref.

They might be at the edge of the world, but elsewhere they would be far from some of the prime spots for subsistence hunting of bearded seals and other sea mammals or fishing and berry picking in the tundra that make up most of their nutrition. They would be dispersed from their close-knit community that prides itself on being one of the best makers of arts and crafts in the region and that maintains traditions and celebrates birthdays, baptisms and graduations centered around their homes, their local school and one of the world’s northernmost Lutheran churches.

“If they focus too much on that (on climate change), it will become too much of a weight, too much of a burden, because…there are birthday parties and there are funerals and there are sports events,” said the Rev. Aaron Silco, who is co-pastor of the Shishmaref Lutheran Church with his wife, Anna. They live next to the church and cemetery with their two-month-old son, Aidan. “There’s still life happening despite all of the weight and the burden that climate change can cast upon this community.”

On a recent Sunday, they celebrated Mass with about two dozen parishioners. The Rev. Anna Silco asked the children in the group to gather on the steps of the altar, decorated with an ivory cross. She gave them mustard seeds from a small jar to explain the parable about keeping faith despite challenges.

“A mustard seed can grow into a huge tree,” she told them. “My faith can be as small as a mustard seed and that will be enough.”

At the end of the service, Ardith Weyiouanna and two of her grandchildren reflected on how the parable related to Shishmaref, to living on an island that could eventually vanish but where they have faith that it’s worth living fully.

“To move somewhere else, we’d lose a part of our identity. It’s hard to see myself living elsewhere,” said Weyiouanna, whose family first came to Shishmaref with a dogsled team in 1958.

“My home means my way of life, carried down to me by my ancestors – living off the land, the ocean, the air…we live off the animals that are here. And it’s important to teach it to my children, to my grandchildren,” she said, pointing to Isaac, 10 and Kyle Rose, 6, “so they can continue the life that we’ve known in our time and before our time.”

That traditional lifestyle that the Inupiat have maintained for thousands of years is vulnerable to the effects of climate change. In Alaska, the average temperature has increased 2.5 degrees (1.4 degrees Celsius) since 1992, according to the U.S. National Oceanic and Atmospheric Administration. The Arctic had been warming twice as fast as the globe as a whole, but now has jumped to three times faster in some seasons, according to the Arctic Monitoring and Assessment Program.

Shishmaref sits on the small island of Sarichef — just a quarter of a mile wide and about three miles long. Only about half of it is habitable, but hundreds of feet of shore have been lost in past decades. A warmer climate also melts faster a protective layer of ice during the fall, making it more susceptible to storms. In October 1997, about 30 feet of the north shore was eroded after a storm, prompting the relocation of 14 homes to another part of the island, according to a report by the Alaska Department of Commerce. Five more homes were moved in 2002.

Today, Shishmaref is one of dozens of Alaska Native villages that face significant environmental threats from erosion, flooding, or thawing permafrost, according to a report published in May by the U.S. Government Accountability Office that says climate change “is expected to exacerbate” these threats.

“I’m scared we will have to move eventually,” said Lloyd Kiyutelluk, president of the local tribal council. “I don’t want it to be declared an emergency. But the way things are, you know, we’re getting storms that we’ve never seen before.”

Ahead of a powerful storm in mid-September, officials warned that some places in Alaska could see the worst flooding in 50 years. The storm swept through the Bering Strait, causing widespread flooding in several western Alaska coastal communities, knocking out power and sending residents fleeing for higher ground.

In Shishmaref, the storm wiped out a road leading to the local garbage dump and sewage lagoon, creating a health hazard for a town that lacks running water. Molly Snell said she prayed for a miracle that would save the village where she was born and raised from being forced to evacuate.

“The right storm with the right wind could take out our whole island that’s more vulnerable due to climate change,” said Snell, 35, the general manager of the Shishmaref Native Corporation.

“For someone to say that climate change is not real kind of hurts a little bit because we’re seeing it firsthand in Shishmaref,” she said. “”People who say that it’s not real, they don’t know how we live and what we deal with every day.”

On a recent day, she prepared a dinner for the 31st birthday of her partner, Tyler Weyiouanna, with her 80-year-old father in-law, Clifford Weyiouanna, a respected village elder and former reindeer herder. Their meal included turkey, a cake with a photo posing next to the last bear Tyler had hunted and akutuq, an ice cream-like dish traditionally made by Alaska indigenous cultures from berries, seal oil and the fat of caribou and other animals. Her 5-year-old son, Ryder, played with Legos while they cooked and later joined them in singing Happy Birthday when Tyler returned home from a hunting trip.

Hunters — who woke at dawn under the chilly weather to board their boats in the village’s lagoon — returned with a catch of spotted seals that were laid outside homes ready to be skinned and cured, a traditional weeks-long process that is usually carried out by women. The fur of a polar bear dried in a rack next to the airstrip where small planes carry passengers, frozen foods and other goods.

Residents drive snow machines and all-terrain vehicles that have replaced dogsleds for hunting. But there are no other vehicles on the sandy roads where children play after school and late into the evening, and where at times the night sky is lit up by spectacular streaks of green and other colors from the northern lights.

“This is not a community that is responsible for greenhouse gas emissions and industrialization to the extent that we know Western Europe and North America have been,” said Elizabeth Marino, an anthropologist and author of “Fierce Climate, Sacred Ground: An ethnography of climate change in Shishmaref, Alaska.”

“And so, if this community is really on the frontlines of climate change, it’s experiencing these risks firsthand and is facing the loss of their landscape and their cultural traditions, we sort of inherently understand that as climate injustice,” Marino said.

Some believe this injustice has claimed lives.

Ask John Kokeok about the effects of climate change on his village and he’ll tell you that he started paying attention 15 years ago after a personal tragedy. His brother Norman, a skilled hunter, knew the ice and trails well. Yet during a hunting trip in 2007, his snow machine fell through ice that melted earlier than usual, and he was killed.

John blames climate change and he has been retelling his story ever since in hopes of warning younger generations and finding solutions to protect his island community. Like others, he voted to relocate Shishmaref to safer ground. But he also wants to protect its traditions, its way of life. The only way he’d leave now is if he’d had to evacuate.

“I know we’re not the only ones that are getting impacted,” he said in his living room, near a framed picture of his brother on his last hunting trip.

“I’m sure there’s everybody else on the coastline. But this is home.” 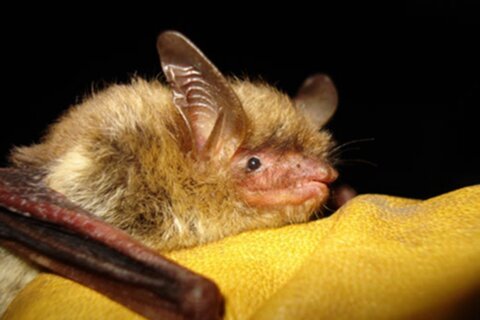 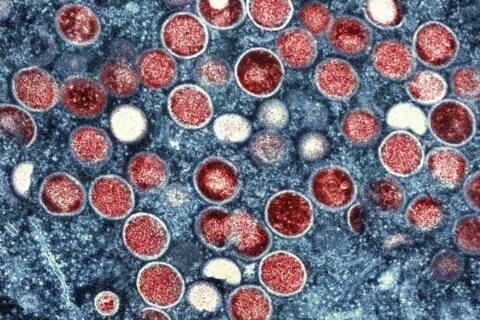