ANCHORAGE, Alaska (AP) — Alaska wildlife officials have killed four black bears in a campground recently reserved for people in Anchorage who are homeless after the city’s largest shelter was closed.

Employees from the Alaska Department of Fish and Game on Tuesday killed a sow and her two cubs and another adult bear that was acting separately, stealing food from tents inside Centennial Park, which is managed by the city, officials said.

Anchorage is Alaska’s biggest city, with nearly 300,000 residents, but it is also bear country.

The park is located in east Anchorage, nestled between Chugach State Park and Joint Base Elmendorf-Richardson, which state wildlife officials describe as a vast bear habitat.

The Department of Fish and Game said Anchorage residents share the municipality with up to 350 American black bears and up to 65 brown bears.

“Certainly it’s a busy bear time for us all across Anchorage,” said department spokesperson Cynthia Wardlow.

This part of Anchorage “does tend to be a pretty active bear area because of the high- density housing,” she said.

The city closed its pandemic mass shelter at Sullivan Arena on June 30. The arena had housed hundreds of homeless people throughout the last two years, Alaska Public Media reported.

When the shelter closed, some people who are homeless moved to Centennial Park, grabbing the 84 available spots after the campground stopped taking reservations from the public.

Corey Allen Young, a spokesperson for Anchorage Mayor Dave Bronson, said there are 210 people living at Centennial Park, and the city has provided enhanced security for camp users.

The city “has also brought in 60 bear proof food storage containers, 20 bear proof 32 gallon containers and is doing hourly clean up efforts to mitigate the trash and food. We also continue to inspect camps and educate campers about bear safe practices,” Young said in an email.

The campground, just off the Glenn Highway, is “an ideal jumping-off point for Alaska travelers,” the city’s website says. But it also warns campers not to store food inside tents or outside in coolers so bears are not attracted to campsites.

Wildlife officials said before the bears were killed, they were entering tents to get food, personal hygiene items and trash.

When bears go inside tents or structures, they pose a risk to human life and are considered a public safety threat, and they may be killed.

“Centennial Campground staff are doing the best they can to manage the campground and minimize attractants, but there are still a lot of tents with food in them,” Dave Battle, the Fish and Game department area biologist in Anchorage, said in a statement. “Until that changes, more bears are going to come into the campground and get into tents.”

He said this is a safety issue for campers.

“Killing any particular bear is a very temporary solution, “Battle said. “There are always going to be more bears in that vicinity because of its location, and we can’t teach bears not to eat what they can find.” 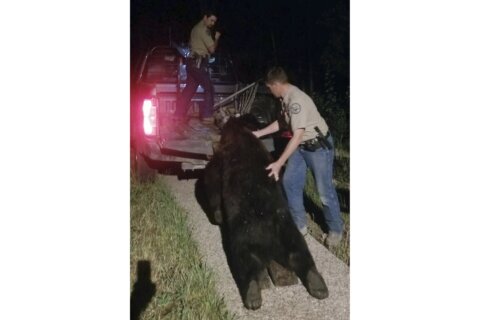 Colorado homeowner emptied pistol to kill bear that broke in

Rhino horns trafficker sentenced to over 5 years in prison 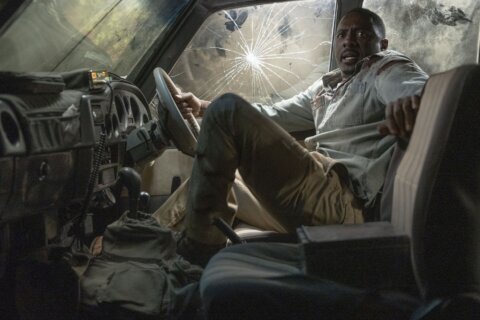