PHOENIX (AP) — Former U.S. Rep. Matt Salmon dropped out of the race for the Republican nomination for Arizona governor Tuesday, a move that comes a week before early ballots are mailed out and leaves just two top contenders in the GOP contest.

Salmon was widely seen as trailing former TV news anchor Kari Lake and developer Karrin Taylor Robson. Robson has been spending millions on her campaign in an effort to boost her political standing against Lake, a populist who has been endorsed by former President Donald Trump.

Salmon was increasingly seen as a spoiler who could split mainstream Republicans and pull votes from Robson.

“Unfortunately, numbers are numbers, and it has become clear to me that the path to a first-place victory is no longer a realistic possibility,” Salmon said in a statement. “Republican primary voters deserve more than having their votes split on August 2nd, and so I am leaving this race for the same reason that I entered it: Because it is what’s best for the people of Arizona.”

Primary ballots will be mailed out next Wednesday, and Salmon’s name will still appear on them. But he hopes pulling out now means voters will have enough time to learn he’s no longer in the race.

Businessman Steve Gaynor announced in April that he was bowing out of the Republican primary because he saw little hope of winning in the crowded field. State Treasurer Kimberly Yee dropped out in January and instead is seeking reelection to her current office. Two other lesser-known Republicans will also be on the ballot.

Robson said Salmon has been a leader in the conservative movement for decades and is “Arizona through and through.”

“I thank him for running an honorable campaign for governor,” she said in a statement. “Arizona faces big challenges, and I have no doubt Matt will continue to find ways to serve this state he loves.”

Lake also praised Salmon, and called for his supporters to back her campaign.

“As I’ve said from the beginning — if you love this state, this country and our America First ideals, I welcome you into our movement with open arms,” Lake said in a statement.

Salmon announced his bid for the GOP nomination a year ago, trying a second time to win the governor’s race he narrowly lost to Democrat Janet Napolitano nearly two decades ago.

Arizona has historically been a solidly Republican state, despite Napolitano’s win in 2002 against Salmon. She squeaked out a 1 percentage point victory after an independent candidate managed to garner nearly 7% of the vote. She won a second term in a 2006 landslide.

That has changed in the past four years, as Democrats won U.S. Senate seats in both 2018 and 2020. Democrats had been seen as having a decent shot at winning the governor’s officer again this year, but the flagging economy, increasing focus on border security issues and President Joe Biden’s low approval numbers have made their road to the governor’s office tougher.

Salmon served in the Arizona Legislature before winning three terms in Congress in the 1990s and leaving office to honor his pledge to serve only three terms. After his loss in the governor’s race, he worked as a lobbyist and then served two more terms in Congress from 2013 through 2016. He had been working for Arizona State University when he announced his intent to run again for governor.

Salmon has spent the past year traveling the state on his campaign. He thanked his staff and campaign volunteers.

“I want to reiterate my eternal gratitude for all of the Arizonans who have supported me this year,” he said. “You are the backbone of this beautiful state, and I am eager to continue working with you in defense of freedom. 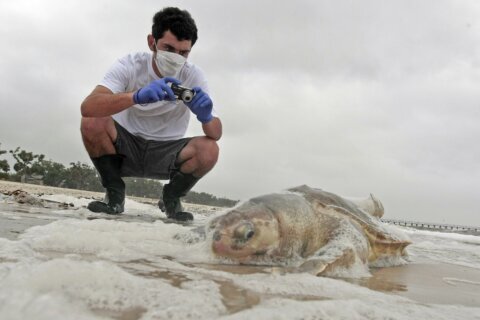