Zoos across North America are moving their birds indoors and away from people and wildlife as they try to protect them from the highly contagious and potentially deadly avian influenza.
Listen now to WTOP News WTOP.com | Alexa | Google Home | WTOP App | 103.5 FM
(1/7) 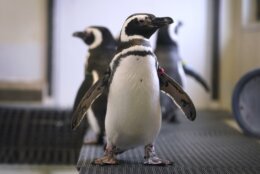 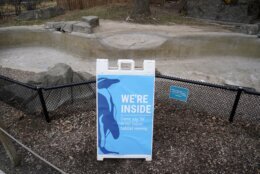 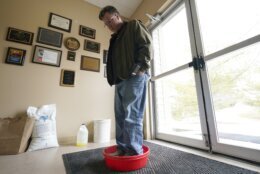 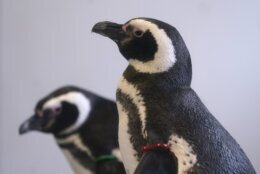 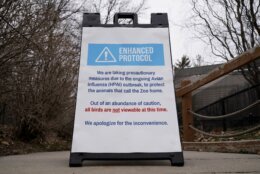 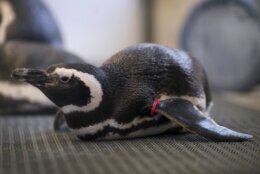 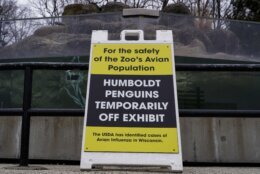 OMAHA, Neb. (AP) — Zoos across North America are moving their birds indoors and away from people and wildlife as they try to protect them from the highly contagious and potentially deadly avian influenza.

Penguins may be the only birds visitors to many zoos can see right now, because they already are kept inside and usually protected behind glass in their exhibits, making it harder for the bird flu to reach them.

Nearly 23 million chickens and turkeys have already been killed across the United States to limit the spread of the virus, and zoos are working hard to prevent any of their birds from meeting the same fate. It would be especially upsetting for zoos to have to kill any of the endangered or threatened species in their care.

“It would be extremely devastating,” said Maria Franke, who is the manager of welfare science at Toronto Zoo, which has less than two dozen Loggerhead Shrike songbirds that it’s breeding with the hope of reintroducing them into the wild. “We take amazing care and the welfare and well being of our animals is the utmost importance. There’s a lot of staff that has close connections with the animals that they care for here at the zoo.”

Toronto Zoo workers are adding roofs to some outdoor bird exhibits and double-checking the mesh surrounding enclosures to ensure it will keep wild birds out.

Birds shed the virus through their droppings and nasal discharge. Experts say it can be spread through contaminated equipment, clothing, boots and vehicles carrying supplies. Research has shown that small birds that squeeze into zoo exhibits or buildings can also spread the flu, and that mice can even track it inside.

So far, no outbreaks have been reported at zoos, but there have been wild birds found dead that had the flu. For example, a wild duck that died in a behind-the-scenes area of the Blank Park Zoo in Des Moines, Iowa, after tornadoes last month tested positive, zoo spokesman Ryan Bickel said.

Most of the steps zoos are taking are designed to prevent contact between wild birds and zoo animals. In some places, officials are requiring employees to change into clean boots and don protective gear before entering bird areas.

When bird flu cases are found in poultry, officials order the entire flock to be killed because the virus is so contagious. However, the U.S. Department of Agriculture has indicated that zoos might be able to avoid that by isolating infected birds and possibly euthanizing a small number of them.

Sarah Woodhouse, director of animal health at Omaha’s Henry Doorly Zoo and Aquarium, said she is optimistic after talking with state and federal regulators.

“They all agree that ordering us to depopulate a large part of our collection would be the absolute last-ditch effort. So they’re really interested in working with us to see what we can do to make sure that we’re not going to spread the disease while also being able to take care of our birds and not have to euthanize,” Woodhouse said.

Among the precautions zoos are taking is to keep birds in smaller groups so that if a case is found, only a few would be affected. The USDA and state veterinarians would make the final decision about which birds had to be killed.

“Euthanasia is really the only way to keep it from spreading,” said Luis Padilla, who is vice president of animal collections at the Saint Louis Zoo. “That’s why we have so many of these very proactive measures in place.”

The National Aviary in Pittsburgh — the nation’s largest —- is providing individual health checks for each of its roughly 500 birds. Many already live in large glass enclosures or outdoor habitats where they don’t have direct exposure to wildlife, said Dr. Pilar Fish, the aviary’s senior director of veterinary medicine and zoological advancement.

Kansas City Zoo CEO Sean Putney said he’s heard a few complaints from visitors, but most people seem OK with not getting to see some birds. “I think our guests understand that we have what’s in the best interests of the animals in mind when we make these decisions even though they can’t get to see them,” Putney said.

Officials emphasize that bird flu doesn’t jeopardize the safety of meat or eggs or represent a significant risk to human health. No infected birds are allowed into the food supply, and properly cooking poultry and eggs kills bacteria and viruses. No human cases have been found in the U.S., according to the Centers for Disease Control and Prevention.

Eagles exposed to chronic lead poisoning at a concerning rate