Some still don’t know fate of pets after Colorado wildfire

DENVER (AP) — When Lisa Young evacuated her home as a fast-moving Colorado wildfire burned, it looked like firefighters were going to be able to stop what appeared then to just be a grass fire in a field behind her home. She just took her purse, turned off her slow cooker and television and made sure her two cats had enough food and water to drink, thinking she would be back home soon.

Later that night staying with relatives, she watched images of her home outside of Denver burning on television, her driveway recognizable because of her father’s old Corvette on fire. Her house was one of nearly 1,000 destroyed in the blaze, leading her to fear that her calico cats, Joy and Noelle, 5-year-old sisters, died in the fire.

Most people safely evacuated from the wildfire that was propelled by 105 mph (169 kph) winds, but Young is among dozens of homeowners who either had pets who died, had to scramble to find them or still don’t know the fate of their dogs or cats.

If the windows in her home broke in the fire’s heat, there’s a chance the cats, who were feral as kittens and cannot be held unless they are willing, may have escaped, she said.

“There’s that one little hope,” said Young, who has been comforted by daily visits to take care of her horse, who was safe from the flames in his boarding stable.

There have been some happy endings. The neighbors of one police officer who was at work when the fire broke out were able to rescue his family’s three dogs before his family’s home was destroyed. Another man who was away at work when his home burned was reunited with his cat, who had a burned face, after someone heard it meowing outside a home that survived nearby.

The Humane Society of Boulder Valley has reunited over 25 pets with their owners since the fire destroyed homes in the communities of Louisville and Superior, including a dog who had spent two days outside and had some burned paws, the group’s CEO Jan McHugh-Smith said. The organization has also been taking care of about a dozen animals, including a tortoise and a cockatiel, in its shelter who cannot live with their owners in their temporary living situations, she said.

Like Young, many pet owners have posted messages and photos of their pets on a Facebook page set up to help find missing animals. Others trying to help have also been posting photos of pets, mainly cats, sighted in their areas and offering to take in pets who can’t live with their owners in temporary housing.

The page’s organizer, Katie Albright, a missing animal recovery specialist from the area who now lives in Oregon, is careful not to draw any conclusions about the likelihood of still finding a pet after the fire. While working to recover pets after the Holiday Farm fire in Oregon in 2020, some were skeptical any would be found but the last cat trapped there was not captured until a year later, she said.

However, people are so eager to help though that they may end up harming other animals not affected by the fire, Albright said.

While dogs have been known to wander far from disasters, cats tend to stay within about a mile of home. Despite that, there have been some reports of people finding cats in communities beyond the fire zone and taking them to their local shelters, thinking they are missing cats from the fire area. However, they are more likely outdoor cats that live in those areas and, unless they have a microchip to identify their owners, they likely will never get back to their homes, she said.

Some owners also want to set up traps to capture missing cats but Albright instead recommends first setting out some food in an area with some kind of cover, like vegetation, and using a trail camera — the kind hunters use to scout out areas for wildlife — to check on what animals, if any, may be in the area before deciding to set up a trap to avoid capturing a cat who is not missing or a wild animal. Any traps must also be checked at least every hour to avoid having a panicked trapped animal hurt itself, she said.

People returning to newly reopened neighborhoods can also just walk around and check places where cats tend to hide such as culverts, vehicles and garages, keeping an eye out especially for injured cats, she said.

Code 3 Associates, an organization hired by authorities to rescue animals after natural disasters around the United States that is based in Longmont, Colorado, not far from the fire, set out traps in hopes of catching missing cats near neighborhoods that were burned but they did not catch any, said Janeé Boswell, the group’s director of education and partnerships. That combined with a community typically diligent in reporting stray animals to authorities makes her think there are not many missing animals out there and that the fire was a “mass casualty event” for pets who were in homes that burned.

“I am guessing they probably perished in those residences and those few who got out have been located and returned,” she said.

While people have time to pack up some belongings and their pets in slower moving disasters such as hurricanes or floods and even more typical wildfires in mountain areas, many people not at home when the Colorado fire started never had a chance to get back home to rescue their pets, she said.

Young said she will not have closure until she is able to go back to her home and find any remains of her cats.

For now, her visits to Foxy, a 20-year-old quarter horse, gives her a bit of normalcy and comfort in her upended life. The horse is so in tune with her, he is tense because he feels how stressed she is now, she said.

On a visit Wednesday, she gave him an apple, supplements, hay, a brush-down, a vibrating back massage, a stall cleaning and a final pat on the back.

“I can still hug him. I can still kiss him and love on him. He’s needy like I am,” Young said, with a laugh.

Musher out of Iditarod after crash killed 1 dog, injured 3 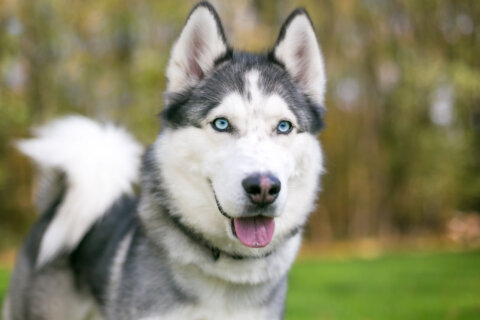