Unknowns remain as Bulls try to come back from COVID issues

CHICAGO (AP) — Coach Billy Donovan wasn’t sure how many players the Chicago Bulls will have for their next game.…
Listen now to WTOP News WTOP.com | Alexa | Google Home | WTOP App | 103.5 FM

CHICAGO (AP) — Coach Billy Donovan wasn’t sure how many players the Chicago Bulls will have for their next game.

They’re scheduled to host the Los Angeles Lakers on Sunday. Whether that game is played remains to be seen.

The Bulls still had plenty of uncertainties on Thursday as they try to work their way back after having two games this week postponed because 10 players were in the NBA’s health and safety protocol.

“I think the league is trying to do everything they can possibly do to play games and also keep teams safe and healthy,” Donovan said.

The Bulls were scheduled to host Detroit on Tuesday and visit Toronto on Thursday. Chicago instead became the first team in the league to have games postponed this season by the NBA.

The Bulls, who are fully vaccinated, have stayed apart in an effort to reduce the spread since returning from Miami. Donovan said no players or coaches have been added to the list since the team was shut down.

Backup guard Coby White and wing player Javonte Green have been cleared in recent days and begun working out at the team’s practice facility. Whether they will be ready to play Sunday was still in question. But even if they are, the Bulls’ roster would remain gutted.

Donovan said All-Star Zach LaVine probably won’t return until after Christmas. The same goes for Ayo Dosunmu, Johnson and Troy Brown Jr. Those four were the most recent to enter the protocols.

It’s not clear, either, when leading scorer DeMar DeRozan will be back. The four-time All-Star has not played since Dec. 4.

Injured players like Alex Caruso (hamstring) have been allowed to get treatment. But otherwise, there hasn’t been much happening lately at the team’s facility.

“We really haven’t been able to do anything at all,’’ Donovan said. “It’s been kind of maybe two categories of guys: The guys that are recovering or been able to come out of protocols, which is Javonte and Coby. The league has allowed those guys to kind of start to ramp up activity. So they’ve been doing that.

The Bulls were waiting to hear from the NBA on whether they can practice the next two days. The shutdown comes during a resurgent season. Chicago is third in the Eastern Conference at 17-10 and has its sights set on its first playoff appearance since 2017.

The Bulls are hardly the only team dealing with COVID issues.

The rest of the league as well as the NFL, NHL and college sports have been hit during the recent surge. The NFL updated its protocol Thursday in response to a jump in cases and touted booster shots as the most effective way to prevent spread.

“You can just listen to the news about the NFL and it makes you more wary,” San Antonio Spurs coach Gregg Popovich said Wednesday. “We’re all in the same boat, so to speak, and the NHL. I mentioned it to our team today at shootaround again about being vigilant about the people that they’re around and where they go and all that sort of thing. We’re all worried about it.”

The NBA, like the NFL and NHL, is encouraging players and coaches to get boosters.

Donovan said he is not sure how many Bulls have done that. He also said “a lot” of the players in the protocols were not experiencing symptoms.

The NBA increased testing around Thanksgiving in attempting to prevent outbreaks during the holiday season. Donovan said that led to White going into the protocols, which triggered daily testing for the Bulls.

“Certainly we got hit really hard with all this and we lost a lot, a lot of players,” Donovan said. “Other teams have maybe been hit a little bit, not as much. And I’ve always said this. I think when you lose key players off your team, it definitely impacts you.” 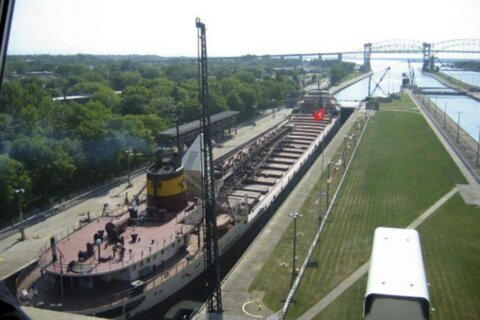