NEW YORK (AP) — When a killer whale slowly circled back toward wildlife photographer Brian Skerry in the middle of the ocean after discarding the giant sting ray it was devouring, panic is not what came to mind: “Part of my brain is thinking, ‘I can’t believe what I’m seeing,’” recalled Skerry. “’Don’t screw it up.’”

It’s a fascinating moment between man and ocean predator revealed in “Secrets of the Whales,” a new National Geographic docuseries premiering on Disney+. The incredible four-part series follows various whale species across 24 locations around the globe.

“The latest greatest science is showing that they have cultures, they have traditions,” said Skerry, who released a book of the same title earlier this month. “If we can begin to see our planet through the lens of culture with these charismatic ambassadors for the ocean, maybe it’s a bit of a game changer — we change our view of how we see our own planet.”

Cameron is no stranger to the world’s oceans. In 2012, he dove a deep sea submarine he built nearly 7 miles down to the deepest point of the Mariana Trench. The filmmaker, who’s produced various-ocean themed projects, documented the dive in his film “Deepsea Challenge 3D.”

“What this series strove to do was to make them a who, not a what,” said Cameron from his New Zealand editing studio where he’s working on “Avatar 2.” “What we learn from what we see, including a lot of things that have never been recorded before, is that they are people. They have family bonds… They have love. They have grief. They’re very much like us in many ways.”

Skerry, an 11-time award winner in the prestigious Wildlife Photographer of the Year competition and who’s performed thousands of various ocean dives, said several factors had to align to gather the stunning footage including weather, sunlight and finding whales who didn’t mind showing their good sides to the camera.

Each episode is approximately 45 minutes long and edited along a tightly woven storyline, but the series, which will begin streaming Thursday on Earth Day, was filmed during a three-year period. Patience was vital as the ultra high-tech filming equipment.

“Things don’t always go right: in Dominica, I did a five-week trip 2018. In the first three weeks, we didn’t see a whale. And the scientist who’s been there for 15 years says, ‘Well, this has never happened before.’ And that’s not what you want to hear,” laughed Skerry. “But that being said, the shot list that we had, the things that we hope to accomplish were achieved and then we got so much more.”

In an arena where male voices dominate the narration of nature documentaries, Weaver majestically glides the journeys of the whales as the documentary gives viewers a fish-eyed view to some of the world’s largest creatures. Weaver was asked personally by Cameron, who directed her in 2009’s “Avatar,” to lend her voice.

“Frankly, I realized I knew so little, really, about whales and really nothing under the surface about who they were and how they lived,” said Weaver. “It still takes my breath away to even think about some of these very, very intimate family stories we learned. It changes your whole perspective about who whales are.”

Cameron and Weaver will join forces again for more underwater adventures for the upcoming sequels to “Avatar,” the highest grossing film in history. The filmmaker, who said he has “everything in the bag,” has already wrapped filming for both the second and third installments, with “Avatar 2” expected to appear late next year.

“We drop the first film in December of ’22, which I know sounds like an eternity. For me, it sounds like an on-coming train in a tunnel,” said Cameron.

In the meantime, the team is thrilled that many of these deep sea secrets will finally surface. Skerry remembers showing a scientist footage he captured revealing how a 30,000-pound sperm whale nursed her calf, an act some researchers believed might never be known, let alone filmed.

“(The scientist) said, ’Brian, there’s an old saying in the whale biology world that says, ’Someday, we will know everything there is to know about whales— except how a sperm whale calf nurses,” remembered Skerry. “’But now we’ve got this frame-by-frame analysis.’” He continued: “From a scientific standpoint, that’s really important. But for me, just being trusted by those animals was great.” 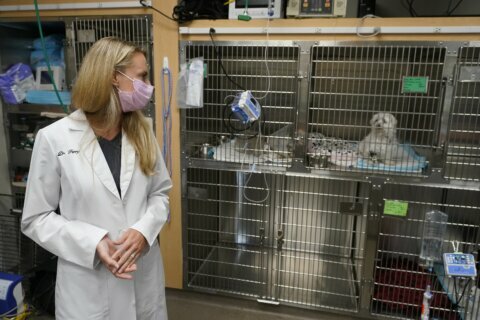 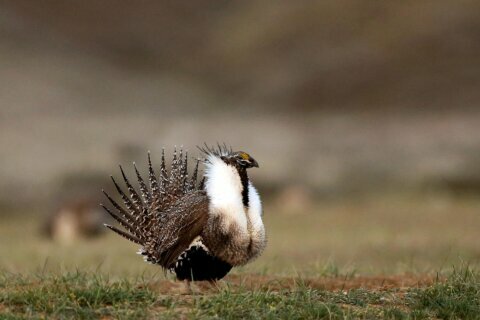 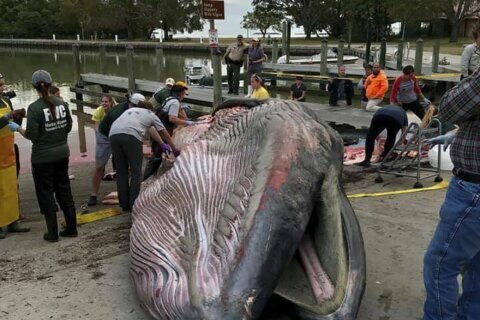