Westminster dog show won’t have spectators due to virus

The club announced Monday that spectators and vendors won’t be allowed this year because of coronavirus limitations. No tickets will be sold.

It’s the latest in a series of pandemic shakeups to the nation’s most prestigious canine competition. It’s been moved from its longtime February date to June 12-13, and from New York City’s Hudson River piers and Madison Square Garden to an outdoor setting at a riverfront estate in suburban Tarrytown, about 25 miles (40 km) north of Manhattan.

It will be the first time in over a century that Westminster’s coveted best in show prize won’t be awarded at Madison Square Garden, where thousands of dog lovers usually cheer on their favorite breeds and contestants. Last year’s show was held in mid-February 2020, about a month before virus shutdowns began.

The show usually also offers spectators a chance to interact with dogs and breeders when they’re out of the ring, a highlight for many showgoers.

This time, fans can watch the final rounds from afar on Fox channels. Preliminary rounds — including the agility competition’s early stages June 11 — and an obedience competition will be streamed on Westminster’s website.

The club says it’s planning for the show to return to New York City next year. 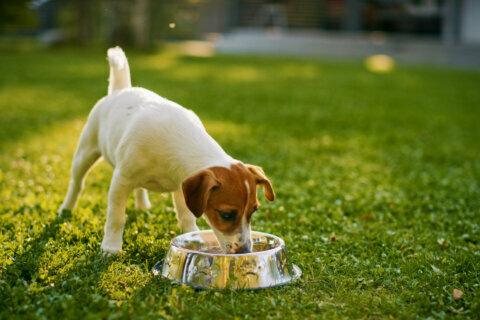