Bird Safe Philly on Thursday announced the Lights Out Philly initiative, a voluntary program in which as many external and internal lights in buildings are turned off or dimmed at night during the spring and fall.
Listen now to WTOP News WTOP.com | Alexa | Google Home | WTOP App | 103.5 FM

The lights of Philadelphia might not shine as bright in the coming weeks as a coalition in the City of Brotherly Love tries to prevent millions of migrating birds that pass through twice a year from slamming into skyscrapers and crashing to the sidewalk.

Bird Safe Philly on Thursday announced the Lights Out Philly initiative, a voluntary program in which as many external and internal lights in buildings are turned off or dimmed at night during the spring and fall.

The problem of artificial lights attracting birds to their deaths in the city is not new.

“We have specimens in the academy’s ornithology collection from a kill that happened when lights were first installed on Philadelphia’s City Hall tower in 1896,” said Jason Weckstein, associate curator of ornithology at Drexel University’s Academy of Natural Sciences.

The coalition, which includes Audubon Mid-Atlantic, the Academy of Natural Sciences of Drexel University, the Delaware Valley Ornithological Club and two local Audubon chapters, formed after the city’s largest mass-collision event in 70 years was reported last October. Hundreds of dead birds were found around the city.

“Conditions were perfect for a heavy migratory flight and imperfect given that there was a low ceiling of clouds and rain,” Weckstein said. “That in combination with Philly’s bright city lights was a disaster for many fall migrant birds winging their way south.”

Birds navigate during migration using celestial cues and when they cannot see stars on a cloudy night they get confused by bright city lights, according to experts.

Windows pose a problem, according to Weckstein, because birds might see a reflection of trees or the sky.

Scientists estimate between 365 million and one billion birds are killed by collisions with buildings or other outdoor structures in the U.S. every year and those crashes are taking a toll on some species.

Common yellowthroats, white-throated  sparrows, gray catbirds and ovenbirds are the most common victims in Philadelphia, experts said, and those species are also threatened by climate change and other predators.

“The ovenbird and the black-throated blue warbler are among the hundreds of bird species that are now at an increased risk of extinction in North America because of climate change,” said Keith Russell with Audubon Mid-Atlantic. “But many of these species also face the additional threat of colliding with buildings.”

The Lights Out Philly program runs from April 1 through May 31 and from Aug. 15 to Nov. 15. Property managers and tenants are asked to voluntarily switch off  lights between midnight and 6 a.m., especially in a building’s upper levels, lobbies and atriums.

The Building Owners and Managers Association of Philadelphia, which represents over 475 members who own or manage commercial properties or provide services to buildings, said the response has been “extremely robust.”

“We have some early adopters and the list is approaching 20 buildings, many of which are iconic and very recognizable members of the Philadelphia skyline, such as One and Two Liberty Place, Comcast Technology Center and Comcast Center, Mellon Bank Building and all of Brandywine Realty Trust’s Center City and University City buildings,” said BOMA executive director Kristine Kiphorn.

“We get to do our part in the community to help preserve the bird population, and we get to conserve energy at the same time, saving money for our tenants and our assets.”

The National Audubon Society, along with partners, established the first Lights Out program in 1999 in Chicago. Philadelphia joins 33 other cities including New York, Boston, Atlanta and Washington, D.C.

The Bird Safe Philly coalition is working to broaden monitoring throughout the city to identify problem areas and to track whether its campaign is effective.

While dimming the lights may help, there’s one danger wild birds will still face: feral and outdoor cats are the birds’ biggest killers, Weckstein said. 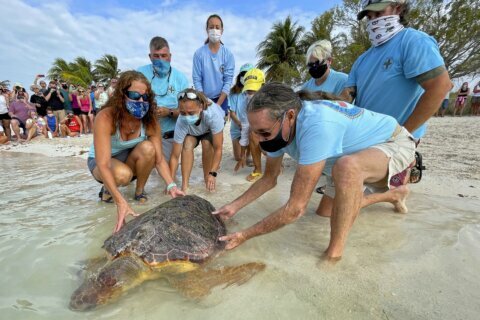 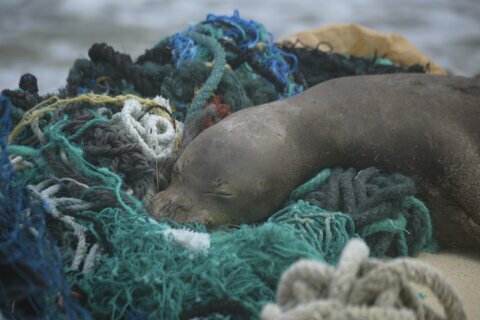