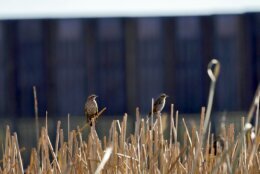 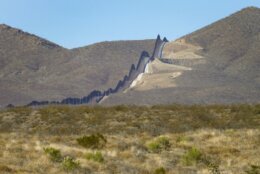 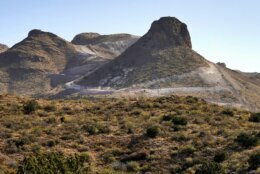 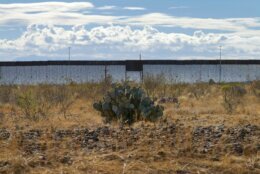 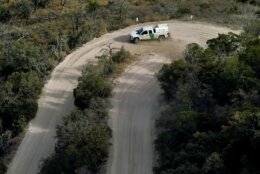 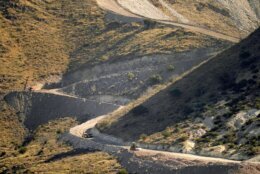 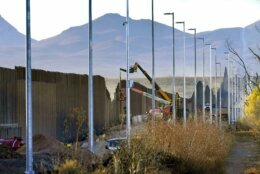 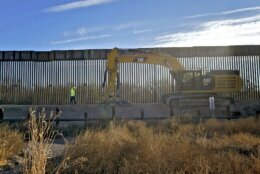 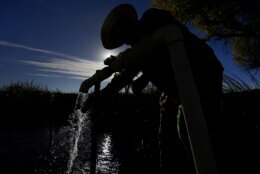 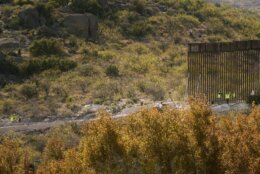 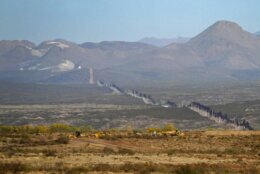 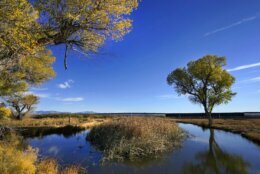 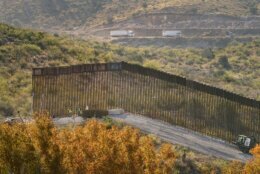 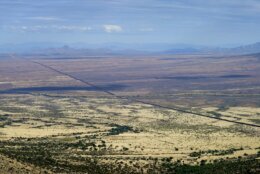 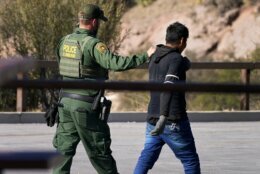 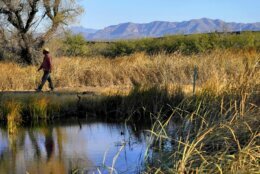 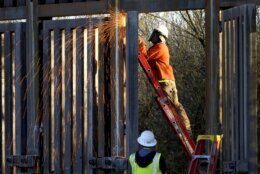 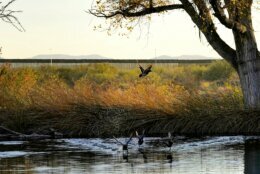 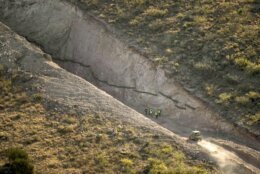 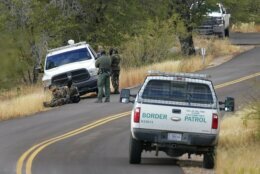 GUADALUPE CANYON, Ariz. (AP) — Work crews ignite dynamite blasts in the remote and rugged southeast corner of Arizona, forever reshaping the landscape as they pulverize mountaintops in a rush to build more of President Donald Trump’s border wall before his term ends next month.

Each blast in Guadalupe Canyon releases puffs of dust as workers level land to make way for 30-foot-tall (9-meter-tall) steel columns near the New Mexico line. Heavy machines crawl over roads gouged into rocky slopes while one tap-tap-taps open holes for posts on U.S. Bureau of Land Management property.

Trump has expedited border wall construction in his last year, mostly in wildlife refuges and Indigenous territory the government owns in Arizona and New Mexico, avoiding the legal fights over private land in busier crossing areas of Texas. The work has caused environmental damage, preventing animals from moving freely and scarring unique mountain and desert landscapes that conservationists fear could be irreversible. The administration says it’s protecting national security, citing it to waive environmental laws in its drive to fulfill a signature immigration policy.

Customs and Border Protection said in a statement Friday that it has worked with the National Park Service and other agencies to minimize damage in construction areas, including not using groundwater within 5 miles (8 kilometers) of Quitobaquito Springs in Organ Pipe Cactus National Monument, home to endangered species like the Sonoyta mud turtle. The agency said it also has replanted salvageable cactuses and has identified 43 places for small wildlife corridors along the Arizona border, with installation of some underway.

Environmentalists hope President-elect Joe Biden will stop the work, but that could be difficult and expensive to do quickly and may still leave pillars towering over sensitive borderlands.

The worst damage is along Arizona’s border, from century-old saguaro cactuses toppled in the western desert to shrinking ponds of endangered fish in eastern canyons. Recent construction has sealed off what was the Southwest’s last major undammed river. It’s more difficult for desert tortoises, the occasional ocelot and the world’s tiniest owls to cross the boundary.

“Interconnected landscapes that stretch across two countries are being converted into industrial wastelands,” said Randy Serraglio of the Center for Biological Diversity in Tucson.

“This wall is the largest impediment to wildlife movement we’ve ever seen in this part of the world,” said Traphagen of the nonprofit Wildlands Network. “It’s altering the evolutionary history of North America.”

Since contractors for Customs and Border Protection began building a new stretch of wall there in October, environmentalists estimate that millions of gallons of groundwater have been pumped to mix cement and spray down dusty dirt roads.

A 3-mile (5-kilometer) barrier has sealed off a migratory corridor for wildlife between Mexico’s Sierra Madre and the Rocky Mountains to the north, threatening species like the endangered Chiricahua leopard frog and blue-gray aplomado falcon.

Biden transition officials say he stands by his campaign promise — “not another foot” of wall. It’s unclear how Biden would stop construction, but it could leave projects half-finished, force the government to pay to break contracts and anger those who consider the wall essential to border security.

“Building a wall will do little to deter criminals and cartels seeking to exploit our borders,” Biden’s transition team has said. It says Biden will focus on “smart border enforcement efforts, like investments in improving screening infrastructure at our ports of entry, that will actually keep America safer.”

Environmentalists hope for an ally in Alejandro Mayorkas, Biden’s nominee to lead the Department of Homeland Security, which oversees Customs and Border Protection.

Until construction is stopped, “every day, it will be another another mile of borderlands being trashed,” Serraglio said.

Environmental law attorney Dinah Bear said Biden’s administration could terminate building contracts, which would allow companies to seek settlements. What that would cost isn’t clear because the contracts aren’t public, but Bear said it would pale in comparison to the price of finishing and maintaining the wall. Military funds reappropriated under a national emergency declared by Trump are now funding the work.

Bear, who worked at the White House’s Council on Environmental Quality under Republican and Democratic administrations, said she wants to see Congress set aside money to repair damage by removing the wall in critical areas, buying more habitat and replanting slopes.

Ecologists say damage could be reversed in Organ Pipe Cactus National Monument, where thousands of tree-like saguaros were bulldozed, with some reportedly replanted elsewhere.

They say keeping floodgates open could help ease damage done by damming the San Pedro River, which runs north from just below the Mexican border through the central corridor of the Sierra Madre’s “Sky Islands.”

These high mountains have ecosystems dramatically different from the desert below, with 300 bird species, including the yellow-billed cuckoo, nesting along what was the Southwest’s last major free-flowing river. The white-nosed, racoon-like coati and the yellow-striped Sonoran tiger salamander also live there.

In the nearby Coronado National Monument, scientists are using cameras to document wildlife as crews prepare to start building. Switchbacks have been slashed into mountainsides, but 30-foot (9-meter) posts aren’t yet up along where a Spanish expedition marched through around 1540.

The government plans to install the towering pillars 4 inches (10 centimeters) apart where there are now vehicle barriers a couple of feet high with openings large enough to allow large cats and other animals to cross to mate and hunt.

Biologist Emily Burns of the nonprofit Sky Island Alliance said construction will hurt elf owls, the world’s littlest at less than 5 inches (13 centimeters) tall. The birds are too small to fly over the fence and likely wouldn’t know to squeeze through.

“This kind of large-scale disruption can push a species to the brink, even if they aren’t threatened,” said Louise Misztal, alliance executive director.