Each clan of about 20 animals stands nose to nose, their ears flattened back, as they stare down the enemy. A patch of scrubby savannah separates them, until the first animals run forward.

“Then they bunch up into writhing balls, chaotic and fast-moving, and you hear high-pitched screeches,” said Michael Cant, a biologist at the University of Exeter who has been studying the species in Uganda for 25 years. “We call it mongoose warfare.”

The catlike striped mammals only weigh up to 5 pounds each, but the vicious fights can last more than an hour. A question that has intrigued Cant and other scientists is: Why do these social animals fight?

Chimpanzees are the most famous example of family-oriented mammals who wage group warfare — both to defend or expand their territories and to take females from other families. But individual mongooses almost never leave the group they’re born into.

Banded mongooses are known for almost unbreakable devotion to their birth family — as well as cooperative living habits, including sharing den-guarding and pup-rearing responsibilities, said Cant.

Combining field observations and analysis of 19 years of demographic and behavioral data for a population of 10 to 12 families – about 200 mongooses at any time – Cant and his colleagues have found that at least one purpose of the fights is to allow females a chance to mate with opponent males. That avoids or minimizes inbreeding.

“We think females play a role in inciting these conflicts to escape the males in their own family groups during the confusion and chaos of battle,” said Cant.

Their research, published Monday in the journal Proceedings of the National Academy of Sciences, found that almost all fights are initiated by groups when their females are in estrus or fertile, which happens among all females at the same time. Often the females take a lead in steering groups to places where they will encounter combative neighbors. About 20% of pups in a group are sired by males from opposing groups, DNA analysis showed.

“This is fascinating research on a pretty unique situation,” said Michael Wilson, a biological anthropologist at the University of Minnesota, who studies group fighting in mammals and was not involved in the new study. “What’s driving this is partly the dilemma the females find themselves in.”

The female mongooses are strongly motivated to find mates in other groups, Wilson said. “But it’s really hard to do that because as soon as they come into estrus, they get followed doggedly by a male in their own group. The only way they can shake him off is to visit the neighbors and start a fight.”

Because of the risk of predation from leopards, pythons and birds of prey, mongooses almost never leave their family groups to wander alone, said Francis Mwanguhya, who works with Cant as field manager of the Banded Mongoose Research Project in Uganda.

In most social mammals, such as gorillas, lions, wolves and humans, offspring of at least one gender leave their parents’ group to find mates and join other families.

In the relatively few species where that’s not the case, other strategies are needed to prevent inbreeding. Killer whales, for instance, rarely leave their birth families, but family groups come together for mating.

“You need different mating strategies when no one ever leaves the group,” said Cant. 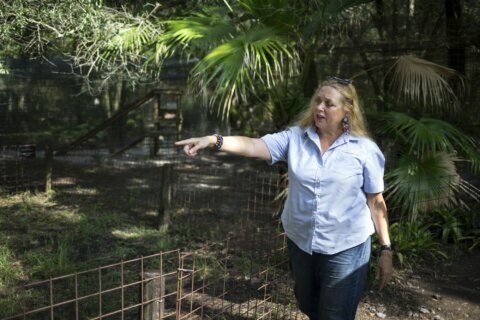