Pelican nests at North Dakota refuge down due to high water

BISMARCK, N.D. (AP) — The number of American white pelicans at a North Dakota wildlife refuge is down dramatically due to high water that has gobbled up much of their nesting grounds, the Fish and Wildlife Service said Friday.

An aerial survey showed about 14,200 birds nesting at the Chase Lake National Wildlife Refuge, or about half the number recorded two years ago, acting refuge manager Jeff Dion said.

Heavy snow melt followed by a wet spring swamped much of the pelicans’ main nesting grounds at the refuge known as North America’s largest for the big-billed birds.

“The amount of real estate for them to nest got a lot smaller this year,” Dion said.

Despite the low numbers, the pelicans appear healthy, Dion said. Many may have relocated to nest this year due to the cramped conditions for the giant birds, among the largest in North America.

The Chase Lake pelican population has ranged from around 6,000 birds in 1974 to 35,460 in 2000, wildlife officials say. The refuge went through two years of abandonments and die-offs in 2004 and 2005 that were blamed on coyotes and a combination of weather and disease.

The refuge normally draws thousands of tourists annually to see the big birds but roads in the area have been flooded, preventing access to locations where the nesting grounds can be viewed at a distance, Dion said.

The pelicans winter mainly in the Gulf Coast states but some fly to North Dakota to nest beginning in April from as far away as California. The birds normally stay in North Dakota through September, caring for their hatchlings on an island surrounded by a lake that is alkalized, free of fish and other food sources, so the pelicans feast on small fish and salamanders from prairie lakes up to 100 miles away.

The big birds weigh up to 20 pounds, have a wingspan of nearly 10 feet, and measure 6 feet from bill to tail. The white pelican lives for about 25 years and breeds only once a year. Males and females take turns caring for their young. Typically, two eggs are laid in each nest, but only one chick survives.

Pelicans have been monitored at Chase Lake since 1905, when the birds numbered about 50. U.S. President Theodore Roosevelt designated the site as a bird refuge in 1908, when many of the birds were being killed for their feathers and for target practice.

Biologists have been doing aerial surveys since 1972. 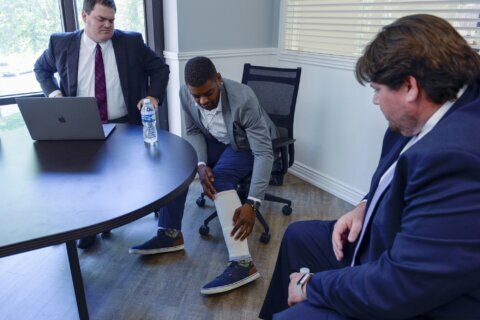