NEW YORK (AP) — Ljubomir Stefanov and Tamara Kotevska were in a hard-to-reach area of Northern Macedonia — about as far from the Oscars as possible — when they came upon the beekeeper who would be their subject in their acclaimed documentary “Honeyland.”

While working on a short video commissioned by a nature conservancy project, the filmmakers met Hatidze Muratova, a middle-aged woman who ekes out a hardscrabble and solitary existence harvesting honey with ancient, sustainable methods across the craggy mountainous landscape of the former Yugoslav republic while caring for her half-blind and bedridden mother in a modest home without electricity.

In Muratova, they recognized not just a noble, almost timeless figure of environmental symbolism but an inspiring character deserving of attention. Muratova hadn’t set out to live in near isolation; while her village dwindled, she stayed behind to care for her mother. “Honeyland” is, in a way, her liberation.

“This woman is somebody who is a true talent and a great lover of humans,” Kotevska said in an interview by phone alongside Stefanov. “She’s an extrovert. But life conditions brought her where she is. She was trapped in that life. When we showed up, it was a way of freedom for her. It was a way of expressing her life and her story to us.”

Of all the personalities that will be coming to the Academy Awards on Sunday, few can hold a candle to Hatidze. She will be there, the filmmakers say, in what promises to be both an astounding culture clash and a triumphant moment for a humble, heroic woman who never sought the spotlight.

In Macedonia, Kotevska says, she’s living the role of “a national hero.” “People are obviously tired of fake heroes that are beyond everyone,” says Kotevska.

“Honeyland” has already made history. It’s the first film ever nominated for both best documentary and best international film, the category formerly dubbed best foreign language film. The dual honors make “Honeyland” a quietly revolutionary Oscar nominee, one that speaks to both the increasingly boundless nature of documentary filmmaking and the specific greatness of “Honeyland.”

The film tracks Muratova’s life, including astoundingly intimate scenes with her mother, Nazife, and her sustainable methods of wild beekeeping. Muratova takes half of the honey and leaves the other half for the bees, a balance that allows the combs to continue and flourish. But when a chaotic and unruly family of nine moves in next door and tries to crudely practice beekeeping with less patience, “Honeyland” becomes a starkly simple environmental allegory.

Stefanov believes this elemental conflict is why their film, which won several top prizes at last year’s Sundance Film Festival, has so resonated. The neighbors — Hussein Sam, his wife and their seven children — aren’t exactly villains; they’re doing their best while saddled with debts and many mouths to feed.

“It shows how greediness works on a very basic level,” says Stefanov. “It’s a community of three people. It would be the same if you had thousands with an optimal livelihood and somebody came and said, ‘Hey, I will give you more.’ That sentence is the strongest reason why we are facing what we are today.”

“What we found in this community is something that is everywhere in the world,” he adds.

It took an unusual amount of dedication to capture that community. Stefanov and Kotevska used an off-road vehicle to reach Muratova’s home and in two-to-three day stretches stayed in tents nearby while shooting. In winter, it was too cold the stay the night. All told, they spent three years filming and accumulated more than 400 hours of footage.

Most strikingly, Muratova often spoke Turkish, including in the scenes with her mother, a language that the Macedonian filmmakers don’t speak. They were often shooting purely from a visual standpoint. Only later, after assembling a cut of the film, did they get transcripts of what they had shot. Surprisingly few changes were necessary.

“Honeyland,” which is currently streaming on Hulu and available to rent on Amazon and elsewhere, has tried to funnel some of its success back to its subjects. Jars of honey are for sale with proceeds going to Muratova and the Sam family — which now numbers 10. (They had another child on the day of the movie’s Sundance premiere.)

Modern life seems very distant in “Honeyland,” but it makes occasional cameos. Muratova travels by foot to the Macedonia capital of Skopje to sell her honey and buy a few necessities, like hair dye. But the Oscars will be a far greater rush of modernity for Muratova. The filmmakers, who arrived in Los Angeles last week, can’t wait to see it. “It will be very exciting for everyone,” says Kotevska.

“Honeyland,” they hope, is a sign of old borders disintegrating.

“A good story is a good story no matter where it comes from. What’s important is that we can see it,” says Kotevska. “‘Honeyland’ being nominated in these two categories just shows that eventually the form of film will change. The genre will not be that important. It will not be put in a folder. It will be more free storytelling.” 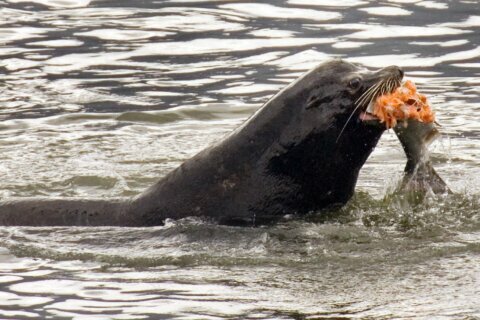 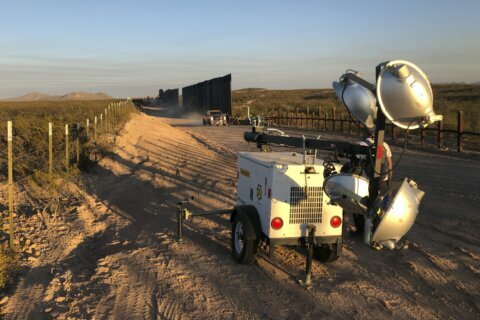 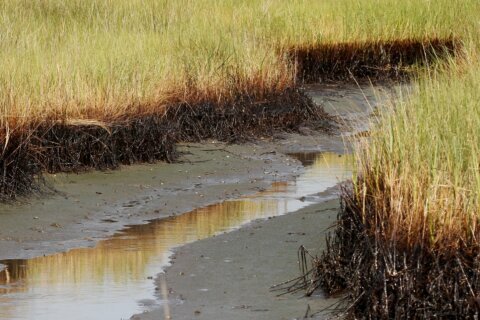