KALISPELL, Mont. (AP) — A Montana man told authorities that he cut off a grizzly bear’s claws as a memento…

KALISPELL, Mont. (AP) — A Montana man told authorities that he cut off a grizzly bear’s claws as a memento after shooting it in self-defense because he was mad that the bear was going to eat him, according to court records.

Bryan Berg, 35, appeared in court on Thursday in U.S. District Court in Missoula after pleading guilty to illegal transport of grizzly bear claws, a misdemeanor, according to the Flathead Beacon. A judge sentenced the man from the northwestern Montana town of Marion to three years of probation and ordered him to pay $5,000 in restitution.

Grizzly bears in northwestern Montana are classified as a threatened species.

Prosecutors said Berg shot the bear in self-defense in the Bob Marshall Wilderness in 2017. He cut off its claws and pushed the carcass over the side of the mountain.

Berg never reported the shooting to law enforcement and he later took the bear claws to Washington state, prosecutors said.

Acting on a tip, authorities interviewed Berg in March 2018. He admitted he shot the bear in self-defense, handed over the claws and provided investigators with photos and videos of the scene, according to records.

“I was so (expletive) mad at it because he was going to eat me, I know he was,” Berg told investigators, according to the records. “So I basically said, ‘Hey, (expletive) you,’ and I cut his claws off. I did. I wanted to keep them as a memento.”

He added that he didn’t report the incident because he was “terrified” and said he knew taking the claws was illegal. “I was hoping I would never run into you two,” he told the U.S. Fish and Wildlife Service agents investigating the case.

Berg was also charged initially with failure to report the shooting of a grizzly bear within five days. That charge was dropped as part of a plea deal with prosecutors Berg signed in December. 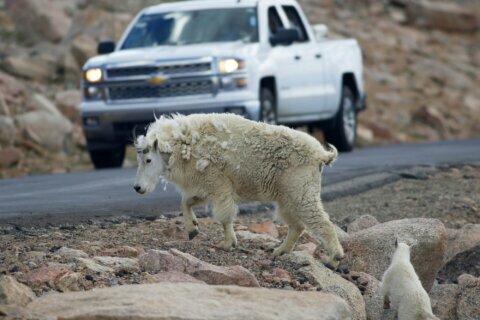