LOS ANGELES (AP) — For the first time in nearly a century, a rare California trout species is swimming in a mountain creek that is its native habitat, marking a major milestone that conservationists hope will lead to a thriving population and removal of its threatened status.

About 30 Paiute cutthroat trout were plucked Wednesday from Coyote Valley Creek in the eastern Sierra Nevada wilderness and hauled in cans strapped to pack mules about 2 miles (3.2 kilometers) west into Long Valley. State and federal researchers were on hand as the fish were dumped into a stretch of Silver King Creek at around 8,000 feet (2,438 meters) elevation, where the shimmering species glided through the cold water for thousands of years below a waterfall before they started disappearing in the 1920s.

Paiute are eye-catching for their “purplish iridescent hue” and a lack of body spots that mark many of the 14 subspecies of cutthroat trout, said Bill Somer, senior environmental scientist with the California Department of Fish and Wildlife.

“The color is kind of hard to describe and really hard to photograph,” he said. “You can only see how unique they are if you catch them and hold them in your hand.”

The homecoming in Alpine County is the culmination of decades of restoration and conservation work that got a boost in 1967, when the Paiute cutthroat received federal protection as one of the first animals listed under the Endangered Species Act, said Somer. It was upgraded to threatened status in 1975.

The species was inadvertently saved in the early 1900s when sheepherders in the area transported some of the fish into a previously fishless portion of Silver King Creek above Llewellyn Falls. The falls prevented non-native fish from reaching that stretch of water and kept the Paiute isolated and the genetic pool pure.

Just as restoration efforts were ramping up below the falls, California was hit with a drought in 2011 that lasted for six years.

“The drought was a setback. Without snow cover in the winter at elevation, the stream literally freezes solid from the bottom up,” Somer said. “It’s a major problem for trout throughout the West.”

From 2013 to 2015, 11 miles (18 kilometers) of Silver King Creek and three tributaries were treated with a fish toxicant, rotenone, to remove all non-native species. That was the first step of the five-part recovery plan that could get the Paiute off the threatened species list within the next decade or so, Somer said.

Step two is Wednesday’s restoration of the species to its historic habitat.

“The biggest hurdles are one and two,” he said. “That’s why this is definitely an event.”

There will be another transport by mule from Coyote Valley next year to ensure the Silver King population hits about 2,500 and is self-sustaining, Somer said.

About 100 miles (161 kilometers) north in neighboring Nevada, officials are making fish-friendly modifications to a dam that for more than a century blocked off spawning grounds for Lahontan cutthroat trout, a threatened relative of the Paiute cutthroat. Groundbreaking happened this month for a $23.5 million fish-passage project to help Lahontan cutthroat navigate the Truckee River’s Derby Dam east of Reno.

The Endangered Species Act is credited with helping save the bald eagle, California condor and scores of other animals and plants from extinction since President Richard Nixon signed it into law in 1973. The act currently protects more than 1,600 species in the United States and its territories. 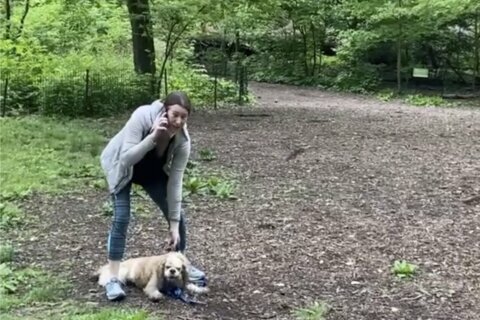 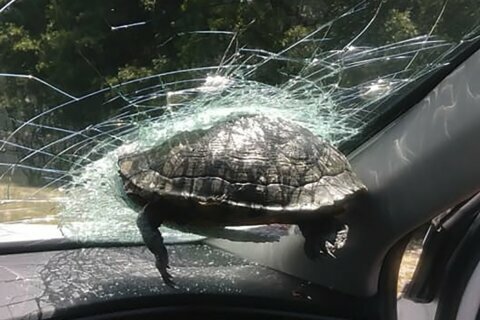 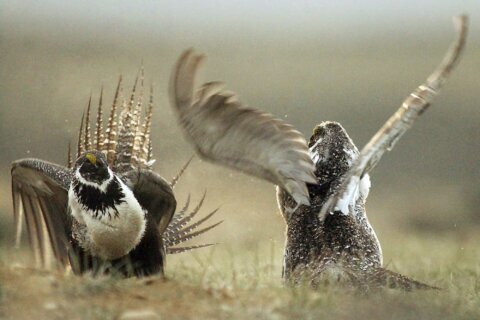