Shark bites woman twice while she is swimming in Hawaii bay

HONOLULU (AP) — A woman was taken to a hospital Tuesday after being bitten twice by a shark while swimming in Hawaii, authorities said.

The woman, 27, was reported to be in “good health” and was expected to be released after a shark bit her while she was swimming Kealakekua (kay-ah-lah-kay-koo-ah) Bay on the Big Island’s western side, leaving her with injuries to her lower back and right hip area, police said.

Soon after the woman was taken to a hospital in serious condition, preliminary information provided to firefighters listed her age as 26 and that the shark bit her in one of her legs and her torso, Hawaii Fire Department Battalion Chief William Bergin said. She was about 50 yards (46 meters) from shore, he said.

Bergin didn’t know if she’s a tourist or a Hawaii resident. “The shark is still in the area, so we’re trying to get people out of the water at this time,” he said.

The bay will remain closed until at least noon Wednesday. Shark warning signs were posted on both sides of Kealakekua Bay State Historical Park.

“According to local fishermen, this time of year there’s a lot of fish in the area, so it does attract a lot of sharks and dolphins birthing,” Bergin said.

The high surf also makes for poor visibility in the water, he said.

This was the ninth shark encounter reported by state officials this year, including one that was fatal. A 65-year-old man from California died after a shark bit him while he was swimming off a Maui beach park in May. Last week, a surfer in turbid water off Oahu’s west coast escaped injuries when a shark chomped on his surfboard.

There were three incidents reported last year and five in 2017. 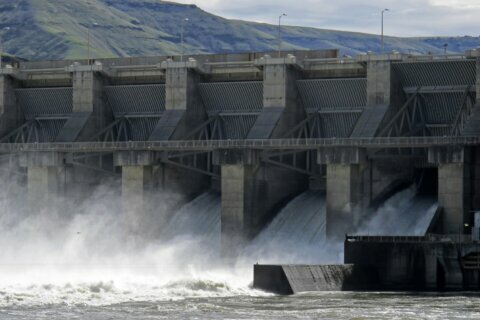 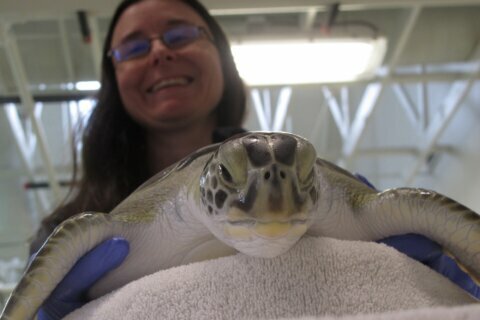 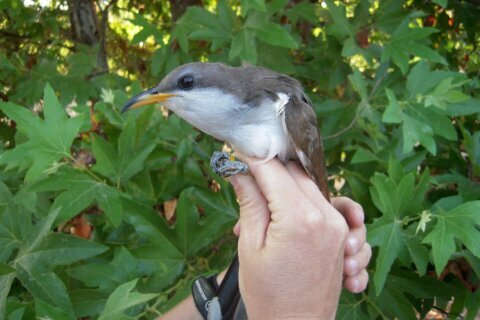